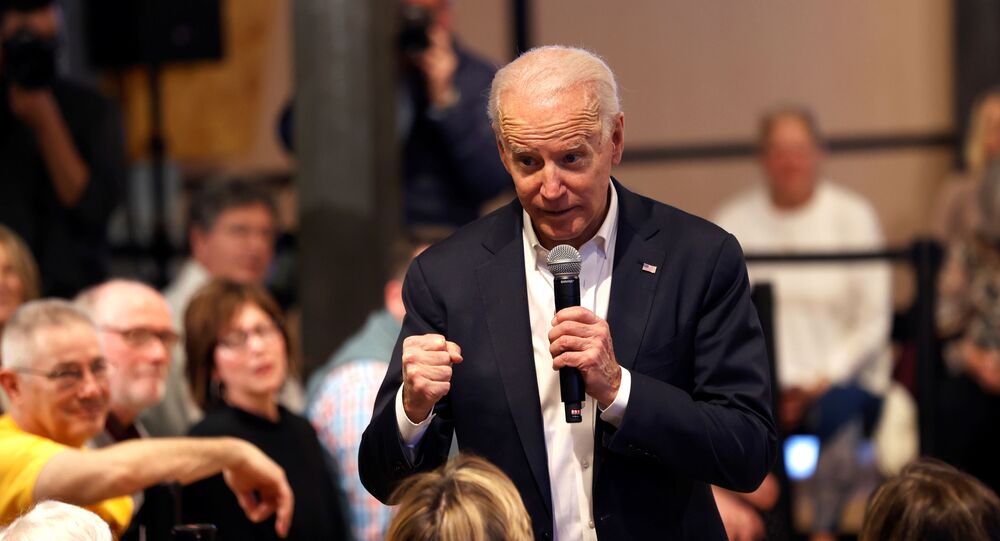 Joe Biden is currently at the heart of the Democratic Party’s effort to impeach President Donald Trump who has repeatedly denied the abuse of power accusations against him, slamming the impeachment probe as a hoax and a political witch hunt.

Democratic presidential hopeful and former Vice President Joe Biden argued strongly against additional witnesses and evidence ahead of the 1999 impeachment proceeding against then-US President Bill Clinton, according to Biden’s memo obtained by Politico. The Biden campaign declined to elaborate on the matter on Friday.

In the four-page document sent to fellow Democrats in January 1999, then-Senator Biden cited historical precedents related to impeachment cases, claiming that “the Senate need not hold a full-blown trial”.

“The Senate may dismiss articles of impeachment without holding a full trial or taking new evidence. Put another way, the Constitution does not impose on the Senate the duty to hold a trial. In a number of previous impeachment trials, the Senate has reached the judgment that its constitutional role as a sole trier of impeachments does not require it to take new evidence or hear live witness testimony”, he asserted.

Biden focused on the same topic during an interview with CNN's "Larry King Live”, making it clear that he was "open to the prospect of witnesses" but only if House Republicans “make a case as to why they didn't see any need for any witnesses and now they think they should call witnesses”.

The Politico report comes after Biden tweeted in late December that he has no plans to testify at the upcoming Senate impeachment trial against President Trump, doubling down on earlier remarks in which he said he would not do so even if subpoenaed.

“In my 40 years in public life, I have always complied with a lawful order and in my eight years as VP, my office – unlike Donald Trump and Mike Pence – cooperated with legitimate congressional oversight requests. But I am just not going to pretend that there is any legal basis for Republican subpoenas for my testimony in the impeachment trial”, Biden pointed out.

He remains at the centre of the Democratic Party effort to impeach Trump over an abuse of office, in line with a probe launched by House Speaker Nancy Pelosi in September 2019.

The Democrats accuse Trump of “pressuring” President Volodymyr Zelensky to stage a criminal inquiry into alleged corrupt activities of Biden’s son Hunter in Ukraine, currently calling for more witnesses to testify against POTUS in the Senate trial.

According to Trump’s opponents, the president threatened to withhold close to $400 million in military aid to Kiev unless the inquiry was launched.

Trump, for his part, rejects all the accusations, labelling the impeachment proceedings as another political witch hunt aimed at reversing the result of the 2016 US presidential election.

What’s in Store for Impeachment Trial as Trump’s Team Prepares to Address the House?