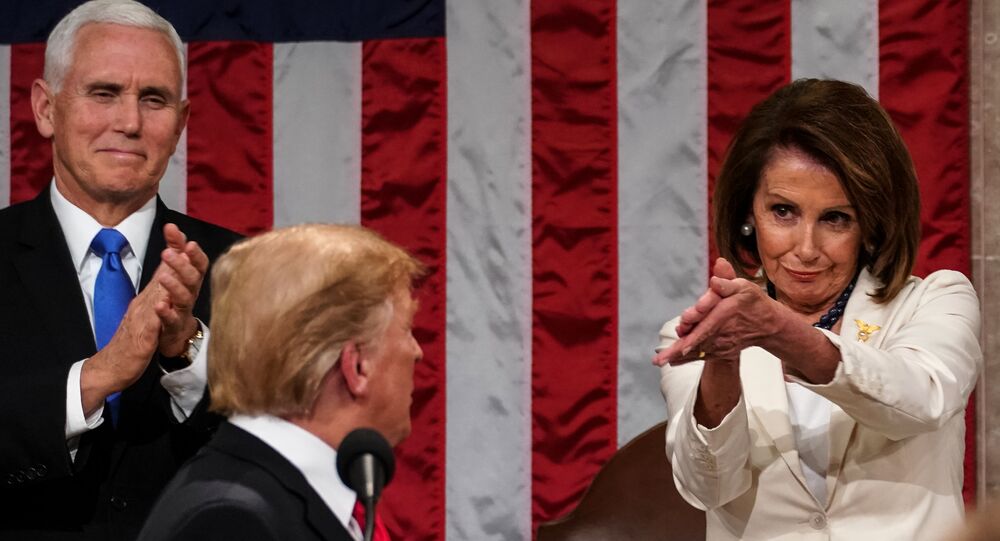 While the much-anticipated culmination of the impeachment trial against US President Donald Trump will apparently be seen next week, US media are digesting new developments that occurred earlier this week on Capitol Hill.

​Cruz apparently copied Pelosi's way of clapping - which she directed at the now-impeached Trump during last year's State Of The Union address - after a Friday vote in the Senate that enabled the GOP-controlled upper chamber to block the summoning of any new witnesses in Trump's impeachment trial.

Friday's vote reportedly could technically end further attempts to evict Trump from the Oval Office. After the floor session, Cruz told Fox News that "for all intents and purposes, this impeachment process is over".

The impeachment was triggered by Trump's alleged quid-pro-quo with Ukrainian President Volodymyr Zelensky.

The Dem-controlled House launched a lengthy impeachment hearing against Trump last year after a mysterious whistleblower said that Trump allegedly withheld millions of aid to Kiev in a bid to push Zelensky to dig dirt on the Bidens, thus trying to unfairly challenge his main political rival - former US Vice President Joe Biden - during the upcoming presidential election this year.

© REUTERS / AMANDA VOISARD
‘Middle Schooler’: Moment Schumer Shushes Kamala Harris at Impeachment Press Conference Goes Viral
Biden admitted earlier that as vice president he threatened to withhold some $1 billion in US military aid to Ukraine unless the nation dismissed a prosecutor general who was investigating reported corruption in the energy company Burisma - that had employed his son Hunter Biden.

After lengthy hearings in the Dem-controlled US House with a number of witnesses - though Joe Biden, Hunter Biden, and the mysterious whistleblower were never summoned - US lawmakers on 18 December impeached Trump on charges of abuse of power and obstruction of Congress, pointing out that Trump demanded Kiev probe his political rival.

Trump denied any wrongdoing and has repeatedly complained that the impeachment is a hoax intended to remove him from office in order to reverse the results of the 2016 presidential election.

The Senate is scheduled to vote on whether Trump will be removed from office on 5 February.