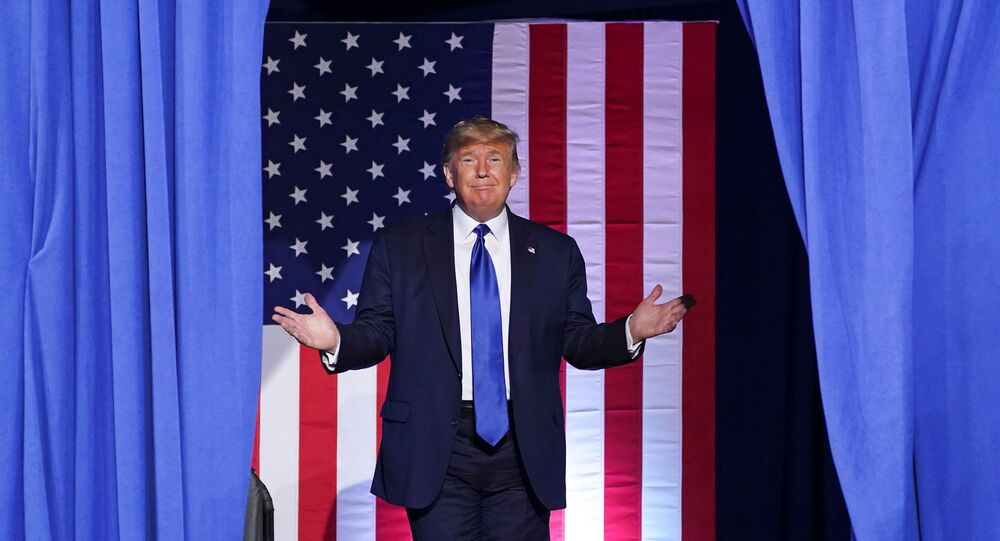 Veteran US Lawyer Reveals Why Trump Cannot Be Impeached

Donald Trump has repeatedly denied the accusations that he pressured Ukraine to investigate former US Vice President and current presidential hopeful President Joe Biden over alleged corruption, something that the Democrats claim is tantamount to abuse of power.

Speaking at a Senate impeachment trial on Monday, high-profile criminal attorney and member of President Trump’s defence team Alan Dershowitz specifically claimed that the charges against POTUS are “outside the range of impeachable offenses”.

The 81-year-old Harvard law professor asserted that impeachment required “criminal-like conduct akin to treason and bribery”, adding that “the key point in this impeachment case” pertains to “purely non-criminal conduct including ‘abuse of power’ and ‘obstruction of Congress’”.

“‘Abuse of power’ is an accusation easily levelled by political opponents against controversial presidents in our long history. Many presidents have been accused of abusing their power”, Dershowitz said.

Separately, he commented on the recently revealed allegations by former national security adviser John Bolton that Trump admitted to withholding almost $400 million in aid to Ukraine until it committed to investigating former US Vice President Joe Biden.

“Nothing in the Bolton revelations, even if true, would rise to an impeachable offense”, Dershowitz claimed.

He also urged all those who don’t like Trump’s “policies and climate change” to vote for another candidate who has “better policies” on the matter.

“If you don’t like the president’s tweets, find somebody who doesn’t tweet — that will be easy — but don’t allow your subjective judgments to determine what is and is not an impeachable offense”, Dershowitz pointed out.

He blamed the Democrat-controlled Congress for using an impeachment inquiry as a political tool.

“Quid pro quo alone is not a basis for abuse of power. It’s part of the way foreign policy has been operated by presidents since the beginning of time”, he argued.

Dershowitz’s remarks came as the Trump defence entered the third day of addresses in the Senate impeachment trial amid Democrats’ demands to call in more witnesses and use documents that were not reviewed during the House hearings in late December.

The Trump defence team addressed the trial after The New York Times cited leaked extracts from former US national security adviser John Bolton’s soon-to-be-published memoir as saying that Trump told Bolton in August that he wanted to continue freezing $391 million in security aid to Ukraine until officials there assisted with investigations into Democrats including the Bidens.

POTUS was quick to reject the allegations on his Twitter page, insisting that he “never told” Bolton that the Ukraine aid was tied to any investigations into Joe Biden and his son.

Trump has repeatedly blasted the impeachment efforts by Democrats as another "witch-hunt" against him in a bid to reverse the results of the 2016 election, urging in numerous Twitter messages that people read the memo of his phone call with Zelensky and put an end to the "impeachment hoax".

Late last year, the US House of Representatives voted to approve two articles of impeachment against Trump for abuse of power and obstruction of Congress.

This came following a formal impeachment inquiry that was launched against Trump in September over a whistleblower's complaint about his 25 July call with Ukraine's President Volodymyr Zelensky. The whistleblower alleged that Trump "pressured" Zelensky to investigate potential corruption involving former Biden and his son in Ukraine.

What’s in Store for Impeachment Trial as Trump’s Team Prepares to Address the House?