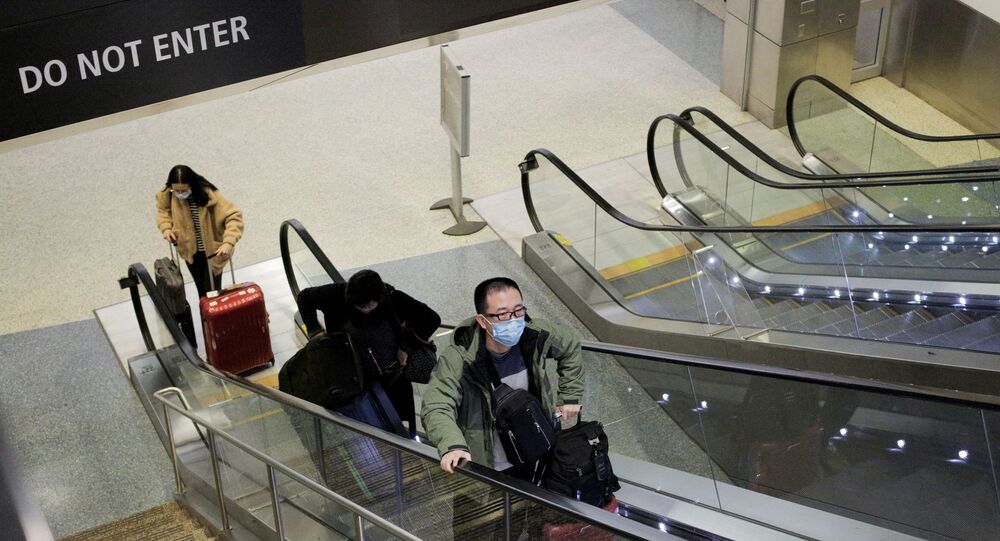 The Trump administration and US health officials are reportedly considering a range of measures to contain the spread of the dangerous Chinese coronavirus that has already infected some 4,700 people across the globe.

One measure could affect all flights between the US and China, as well as to and from various airports across the United States, as US officials have already told US air carriers about plans to suspend air traffic from the Asian nation, CNBC reported Tuesday, citing sources.

Later in the day, an unnamed senior US official told Reuters that the White House did not call US-based air carriers to ask for a suspension of flights between the United States and China.

According to Reuters, citing sources, the White House holds daily briefings on the spread of the Chinese virus and had not taken any options off the table, including a temporary ban on flights. On Tuesday, however, the Trump administration reportedly opted not to suspend Chinese flights to the United States.

United Airlines earlier on Tuesday announced it would cancel dozens of February flights to and from Hong Kong and mainland China as the deadly outbreak worsens, according to the media report.

The Chicago-based airline reportedly said it has experienced a “significant decline in demand for travel to China”. Other major air carriers, such as Delta and American, are reportedly waiving cancellation and change fees for travelers booked to China.

Meanwhile, the Centres for Disease Control and Prevention (CDC) earlier in the day heightened its China travel alert, cautioning all American travelers to avoid the entire nation.

CDC also said it is expanding screening procedures for the virus to 20 airports, initially carried out at only five.

Earlier this week, a CDC official told reporters that US health authorities are investigating up to 110 persons for suspected exposure to the new coronavirus. There are currently five confirmed cases in the United States.

© REUTERS / AYHAN UYANIK
Germany Reports 3 More Cases of Chinese Coronavirus - Officials
The coronavirus has already killed a reported 106 people in China, while hundreds have contracted the new infection globally, as a global effort to contain the pandemic strengthens.

The latest strain of coronavirus sprung up in the Chinese city of Wuhan in late December 2019, located in the central part of China. The virus has since spread to at least 15 countries.

Numerous groups across the globe are racing to develop a vaccine to combat the spread of the new viral pneumonia form. Researchers in Hong Kong have reportedly developed a vaccine against the new strain of coronavirus, based on a nasal spray commonly used to treat influenza.

Two Russian universities are working around the clock on the development of a vaccine for the new coronavirus strain.