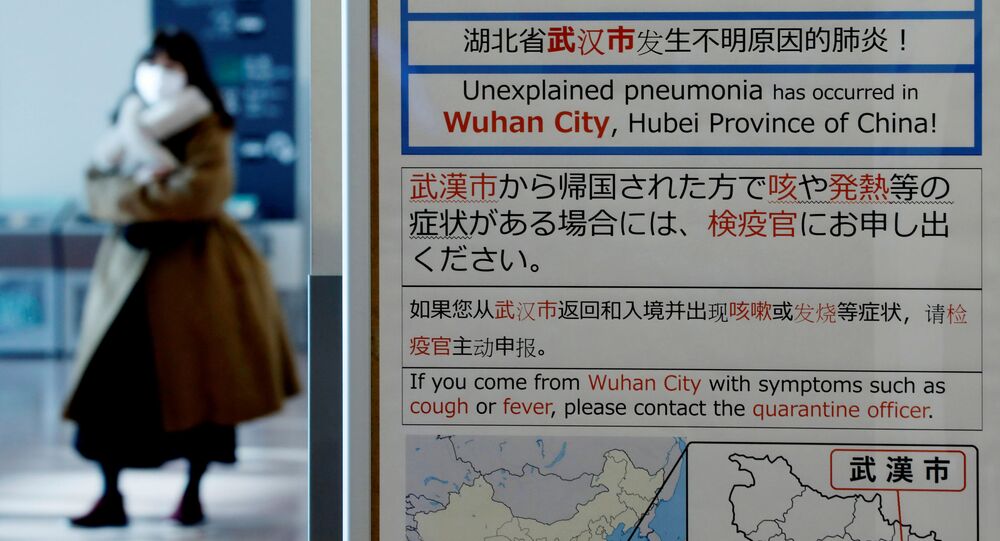 MOSCOW (Sputnik) - Japan's Minister of Health, Labour and Welfare Katsunobu Kato said, as cited by the Kyodo News agency, that two new cases of the coronavirus infection had been detected in Japan.

Japan has registered the first case of the new deadly coronavirus in a person who had no record of travelling to China, Japanese media reported on Tuesday, citing the country's Health Ministry.

One case was a bus driver, a Japanese man in his 60s, who had no history of staying in China, the outlet said. He drove, twice in January, Chinese tourists, who had come to Japan from Wuhan, the epicentre of the virus.

According to the news agency, the bus driver was diagnosed with pneumonia on 25 January and is currently hospitalised at a medical institution in the country's western Nara Prefecture. If confirmed, this is the first case of human-to-human transmission in Japan.

The second new case in Japan is a Wuhan resident in his 40s, who has been traveling across Japan since January 20. He was also diagnosed with pneumonia, the agency added.

As of now, a total of six people have been infected with coronavirus in Japan.

The new strain of coronavirus was originally reported in the Chinese city of Wuhan last December. Despite efforts to contain the disease, cases have already been reported in Australia, France, Germany, Japan, Malaysia, Nepal, Singapore, South Korea, Thailand, the United States, Vietnam and some other nations. China's National Health Commission has so far confirmed a total of 4,515 infection cases and 106 deaths.