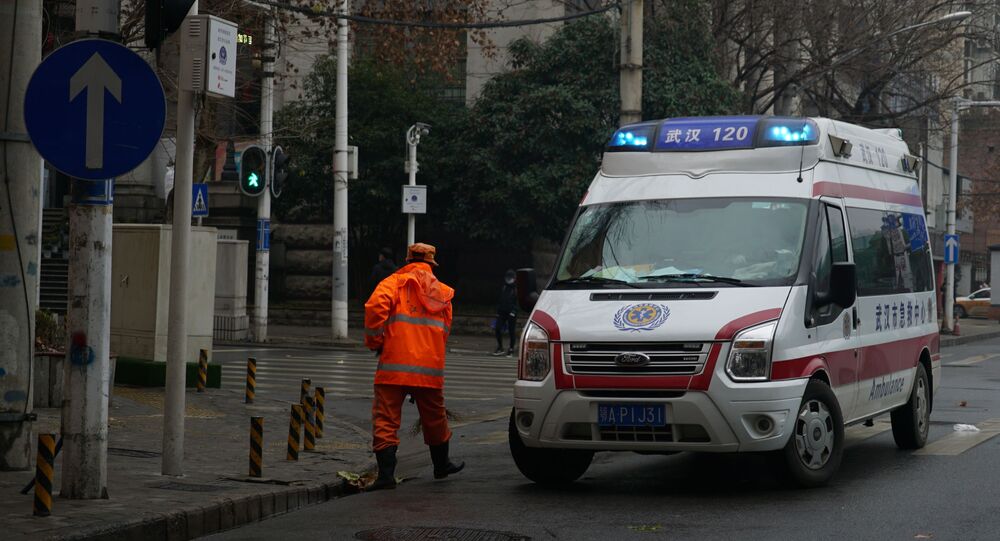 New Delhi (Sputnik): The new Coronavirus that broke out in the Chinese city of Wuhan has already left at least 106 people dead in China, according to statistics released on Tuesday. The data further reveals that about 4,500 people have contracted the virus so far, most of them living in China.

India’s Health and Family Welfare Minister Harsh Vardhan said on Tuesday that unlike China, the country is not in the grip of the new Coronavirus.

“If the government is proactively screening people, it does not mean that India has CoronaVirus. I urge the media to not create panic, but instead inform people about the symptoms and preventive steps,” Minister Harsh Vardhan said at a press conference in New Delhi.

The minister further stated that all precautions to prevent the spread of the coronavirus have been undertaken.

“As a first step, at all seven major airports of the country – Delhi, Mumbai, Kolkata, Hyderabad, Bangalore (Bengaluru), Chennai and Kochi – all passengers coming into India from China are undergoing thermal screening. Those showing the slightest symptoms; they are immediately placed under surveillance, their medical history is gone through, more tracings are carried out, etc.,” he said.

The minister said his ministry is hoping to expand the screening process to 20 more airports and added that so far, 35,000 people have been screened.

After Health Ministry made a formal request to China for facilitating evacuation of Indian Nationals from Wuhan, DGCA (Directorate General of Civil Aviation) has approved Air India flight to Wuhan (China) for the evacuation of Indian citizens from the corona virus-hit Chinese city.

He also revealed that Prime Minister Narendra Modi is personally monitoring the situation with the concerned authorities. Advisories have gone out to all states, concerned ministries and hospitals to step up their monitoring procedures.

The health minister’s statement came even as the government-run Ram Manohar Lohia Hospital (RMLH) in the Indian capital confirmed that three persons had been admitted to the isolation ward of the medical facility on suspicion of having Coronavirus-like flu symptoms.

“They are under observation in an isolation ward. All three male patients had recently visited China. Twenty samples have been sent for testing to laboratories at the ICMR (Indian Council of Medical Research) in Delhi and to the Institute of Virology in Pune city. They have all tested negative,” hospital superintendent Dr. Meenakshi Bharadwaj told national broadcaster Doordarshan.

The government is taking all precautionary measures to prevent people from being exposed to it, though are reports appearing in the public domain about some persons being placed under observation.

Meanwhile, India’s Ministry of External Affairs (MEA) said in a statement on Tuesday that the government has begun the process to prepare for evacuation of Indian nationals affected by the situation arising from the nCorona-2019 virus outbreak in China’s Hubei Province.

⚠️ #CoronaVirusOutbreak Update
We have begun the process to prepare for evacuation of Indian nationals affected by the situation arising out of nCorona-2019 virus outbreak in Hubei Province, China. (1/2)

Our @EOIBeijing is working out the logistics & is in touch with the Chinese govt. authorities & our nationals on this matter. We will continue to share updates. (2/2)