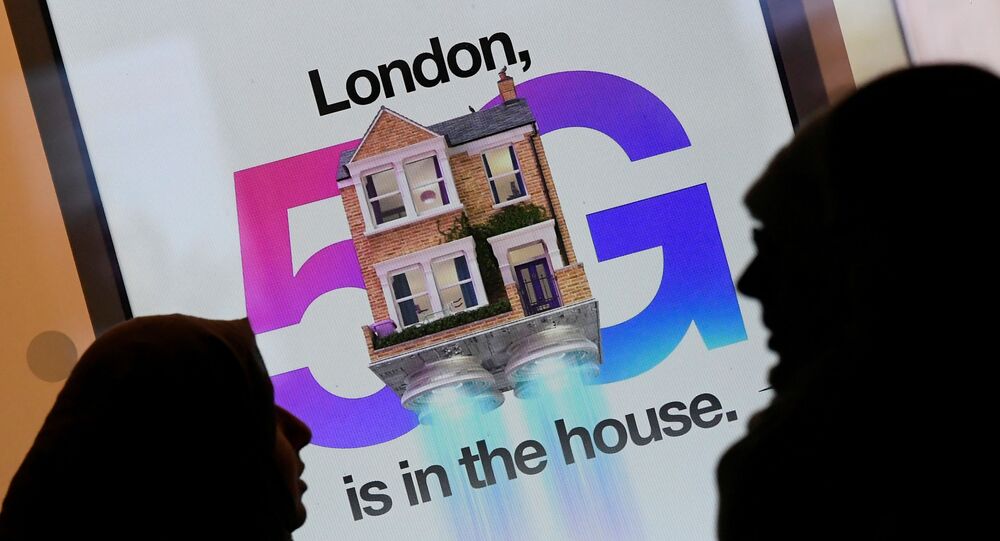 GOP Congressman: US May ‘Reexamine’ Intelligence-Sharing Partnership With London

The United States, the United Kingdom, Australia, Canada and New Zealand have a key multilateral intelligence alliance set up in the post–World War II period known as the UKUSA Agreement, or the Five Eyes (FVEY). The long-standing treaty is aimed at intelligence-sharing between the five allies.

US GOP Representative Mike Gallagher said on Tuesday that Washington may consider “fundamentally reexamining” its key intelligence-sharing partnership with the United Kingdom, following the decision of the latter to allow Chinese telecommunication giant Huawei - who has been accused of data sharing with Chinese intelligence agencies - to take part in the development of the nation's 5G network, according to The Hill.

“It will force legislatures and members of the executive branch to fundamentally reexamine our intelligence-sharing partnership with the UK and that would be incredibly regrettable because that relationship has paid dividends in recent years,” Gallagher reportedly remarked.

Despite the UK government announcement that it would not use Huawei equipment in sensitive parts of its networks, Gallagher said that the situation “calls into question all of the information” that the US shares with the UK.

“It is very concerning — I hope that Prime Minister Johnson does not allow this to go forward,” the representative said.

Democratic Senator Mark Warner, vice chairman of the US Senate Intelligence Committee, on Tuesday said that he was “disappointed” by the UK decision to allow the Chinese company to proceed with work on developing the nation’s 5G network.

“I am disappointed by the United Kingdom’s decision today, especially since the security risks are so well understood. But under current circumstances, I remain committed to working with the United Kingdom and other key allies to build more diverse and secure telecommunication options that provide competitive alternatives to Huawei,” Warner said.

Warner, who introduced earlier legislation to probe alternatives to Huawei, said he hopes the UK will join these efforts, despite the fact that the Chinese government’s financial support for Huawei puts western companies at a competitive financial disadvantage.

In addition, earlier on Tuesday, Republican Senator Tom Cotton called on the US Director of National Intelligence to review  intelligence sharing between Washington and London, and investigate Huawei’s role in the development of UK 5G network.

On Monday, the UK government announced that Huawei would be allowed to continue developing the 5G network in the United Kingdom, but with certain restrictions.

The UK government, however, noted that Huawei would be designated as a high-risk vendor, and would be excluded from sensitive networks in the Critical National Infrastructure, while its presence in other networks will be capped at 35 percent.

The United States has repeatedly warned the United Kingdom that allowing Huawei to participate in the development of the country’s 5G network puts the US-UK intelligence-sharing agreements in jeopardy.

In 2019, the US government blacklisted Huawei over allegations that hardware and software connections sent data to Chinese intelligence agancies, amid trade tensions between the two economic powers that began in January 2018. Beijing has repeatedly denied the US allegations. The US has nonetheless pressured the tech corporation, urging other countries to refrain from using Huawei equipment when adopting 5G network technology.