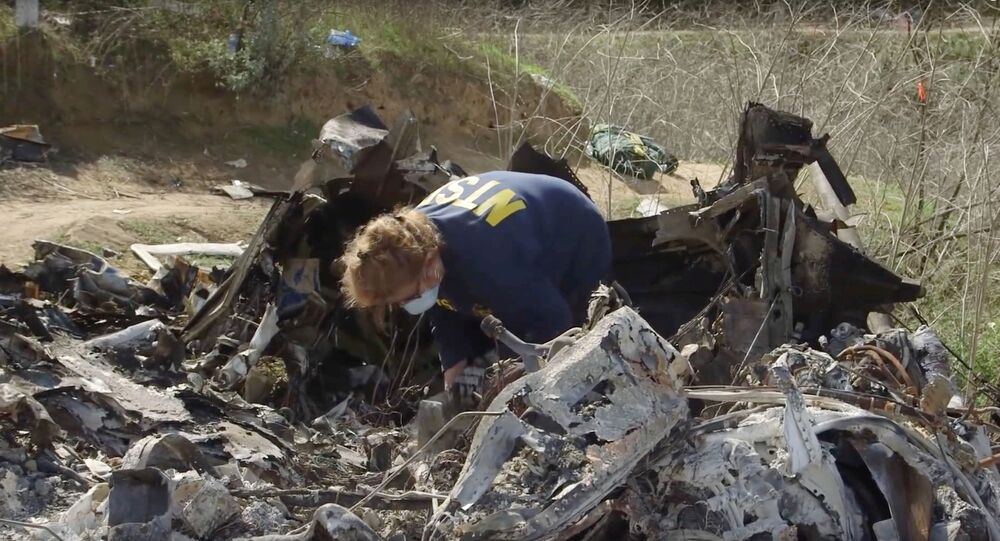 On Sunday, a helicopter crash in Calabasas, California, took the lives of Kobe Bryant, his daughter Gianna Maria-Onore, her teammate and that teammate’s parent, as well as the pilot, and several others. The Sikorsky S-76B helicopter was transporting the Bryants and others to a basketball game.

All nine bodies on board the helicopter carrying basketball player Kobe Bryant have been recovered and evacuated from the accident site, the Los Angeles coroner's office said in a statement on Tuesday.

On the day of the crash, three of the nine bodies had been evacuated, while rescuers recovered the remaining six bodies on Tuesday.

All the bodies have been transported to the center for forensic medicine in Los Angeles County, where experts will identify them, according to the statement.

"Currently, investigators are actively working on identifying the decedents. Additionally, body examinations are in progress," the statement said.

The Department of Medical Examiner-Coroner said that it will provide the names of the nine people who lost their lives in the fatal accident "as soon as they are officially verified and their next of kin have been notified."

On Sunday, the helicopter carrying Bryant and his family and friends crashed in Calabasas, California. NBA legend Kobe Bryant, his daughter Gianna Maria-Onore, her teammate and that teammate’s parent, as well as the pilot and several others were killed instantly, according to reports. It is claimed that also on board the ill-fated helicopter were Orange Coast College (OCC) baseball coach John Altobelli, 56, as well as his wife Keri Altobelli and daughter Alyssa Altobelli, according to CNN.