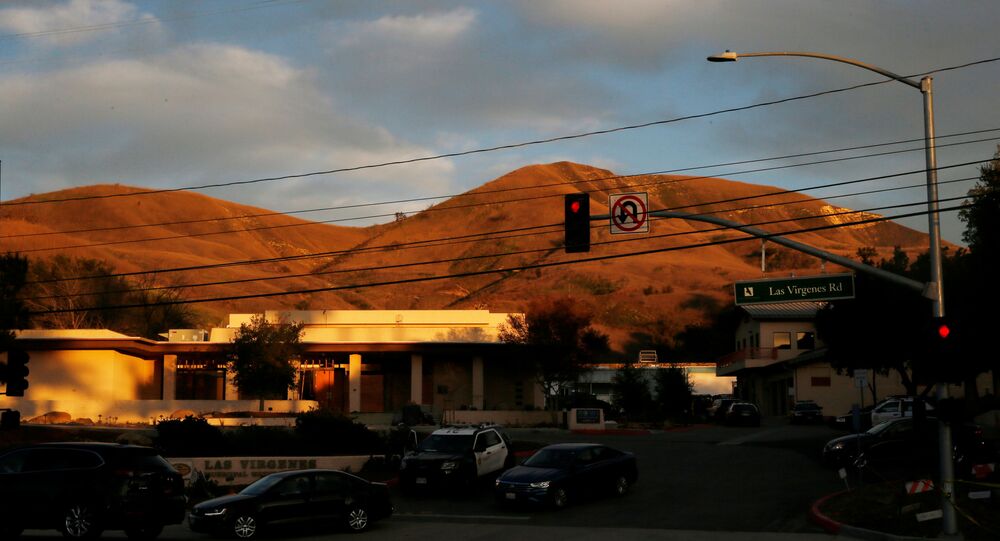 As the person who tweeted the video explained, they try and record “all the weird stuff” that happens over their Glendale home, and didn’t realize at first that it was Bryant’s helicopter they were filming.

As US authorities move to investigate the circumstances of a helicopter crash in California that claimed the lives of nine people, including famous basketball player Kobe Bryant, one social media user brought forth a video which he claims depicts the helicopter in question mere minutes before the fatal incident.

As Twitter user “@theironlydreams” explained, they “try and video /photograph all the weird stuff” that occurs over their residence in Glendale.

“Unfortunately this morning I didn’t realize I was filming the helicopter Kobe Bryant, his daughter and others were in 31 minutes before they crashed. RIP”, they tweeted.

I try and video /photograph all the weird stuff happening above my house in Glendale, CA. Unfortunately this morning I didn’t realize I was filming the helicopter Kobe Bryant, his daughter and others were in 31 minutes before they crashed . RIP pic.twitter.com/8zdiplvEbv

​The veracity of the video in question, however, couldn’t have been immediately confirmed.

The netizen also remarked that the pilot was “performing a very aggressive circling maneuver” at the time the video was filmed.

“I observed 1 or 2 circles before filming & he was even lower & closer to my house, engine maxed”, they added.

Commenting on this development, a number of social media users pondered on the doomed helicopter’s maneuvers prior to the crash.

That is a sign that something was not right. Too much risk with so many ppl on board. They should have put that helicopter down somewhere safe and let the weather pass. So many accidents because of weather yet pilots still gamble.

So tragic. One has to wonder why they abandoned their plan to land at Burbank and press on to Thousand Oaks. Or at least try to land at Whiteman or Van Nuys.

Excellent capture, I've looked for other footage or pics of it over Glendale and your video is all I've found. I started a thread here while figuring out what the Glendale hold was about: https://t.co/Q5mn3UlS8j

An 18-time NBA All-Star, five-time NBA champion and two-time Olympic champion, Kobe Bryant was killed along with his daughter and seven other people in a helicopter crash in Calabasas, California on 26 January.