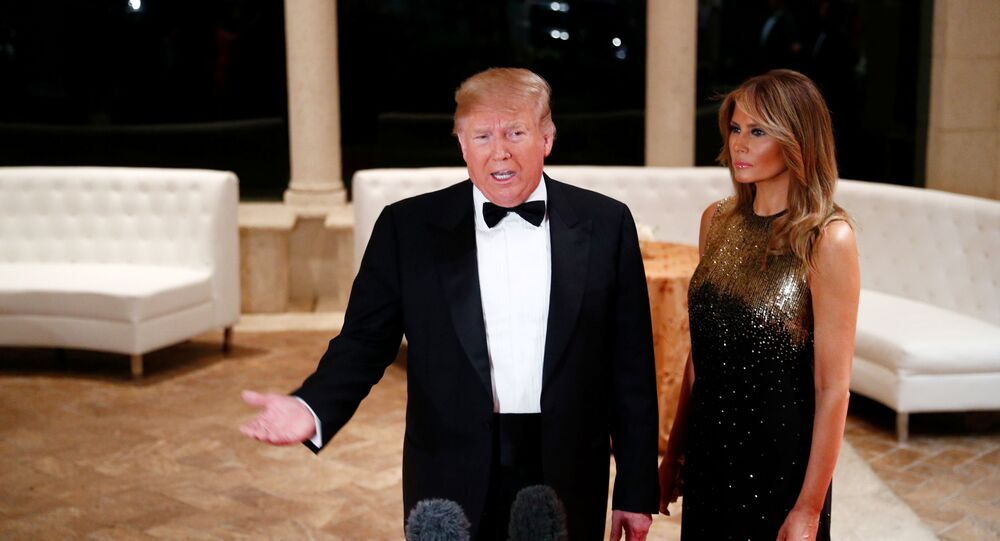 North Korean leader Kim Jong Un earlier in the day vowed to unveil a new strategic weapon soon if the Trump administration continues what the DPRK regards as its hostile policy - a statement that many media outlets linked to Pyongyang's belligerent promise of a "Christmas Gift" for Washington.

US President Donald Trump said late on Tuesday that he had "a very good relationship" with Kim Jong Un and humorously expressed hope that the promised 'Christmas Gift' would be "a beautiful vase", adding "he likes me, I like him, we get along. He is representing his country. I represent my country. We have to do what we have to do".

Trump also said that Kim had signed a nonbinding denuclearization 'contract' in Singapore, in a reference to a landmark bilateral meeting between Trump and Kim in June 2018.

After the second summit in Vietnam, Trump met with Kim in the demilitarized zone separating the two Koreas and held an hour-long talk in private inside the Freedom House on the South Korean side of the zone. Trump briefly stepped over the demarcation line into North Korean soil, becoming the first US president to do so. The denuclearization talks have, however, been stalled since that time.

In his first 2020 statement, Kim slammed what he regarded as a lack of progress in negotiations with the Trump administration and the resumption by Washington of military drills on and around the Korean peninsula, vowing to continue the development of strategic weapons.

US Secretary of State Mike Pompeo said in an interview with CBS News, aired shortly after North Korea's state-run KCNA released Kim's statement, that the Trump administration would be deeply disappointed if Kim broke a verbal promise to halt nuclear testing.

Earlier in December, the North Korean leadership promised a "Christmas gift," presumably meaning a long-range missile launch, for the White House unless teh Trump administration changes its stance on denuclearization talks.

© Sputnik / Iliya Pitalev
North Korea's Kim Jong-un Holds Party Meeting, Stresses Armament and Defence - Reports
The 'Christmas gift' threat came after the DPRK military tested several missiles over the Sea of Japan - a striking signal for the US - reportedly prompting neighboring nations to ratchet up their efforts to resume negotiations on the settlement of the nuclear issue on the Korean peninsula.

The Trump administration has reportedly demanded more decisive steps from North Korea, while Pyongyang criticized Washington for not reciprocating what it characterizes as goodwill gestures.

In response to the unequivocal warnings of Pyongyang and US intelligence reports about a formidable new type of solid-fuel missile tested by the DPRK, the Pentagon has reportedly stepped up surveillance efforts in the region. The US military is reportedly conducting reconnaissance flights in the region on a daily basis, according to reports.