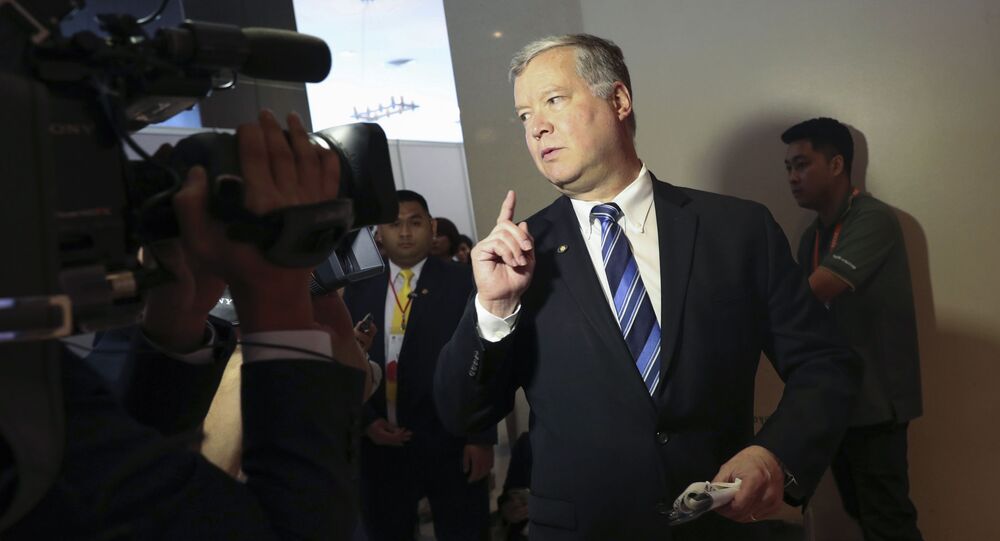 North Korea has recently conducted a series of missile tests. The latest two were carried out in November, as the year-end deadline set by North Korea for the US to show flexibility in the stalled denuclearisation talks is fast-approaching.

US Special Envoy for North Korea Stephen Biegun has called on Pyongyang to accept its offer of talks, Reuters reported on Sunday.

"It is time for us to do our jobs. Let's get this done. We are here, and you know how to reach us", Biegun said at a joint news conference in Seoul with his South Korean counterpart Lee Do-hoon.

"We are here, and you know how to reach us," US envoy Steve Biegun tells North Korea after arriving in Seoul. pic.twitter.com/1yZ4i5cvmP

He noted though that the United States did not have a deadline but wanted to resume negotiations.

​"The United States has nothing to offer us even if the talks are resumed", the North Korean government said earlier, according to the Korean Central News Agency (KCNA).

Earlier, the North Korean ambassador to the UN said that denuclearisation was off the table in talks with the United States, which prompted President Trump to urge Pyongyang to denuclearise in accordance with the previously made agreement.

On Friday, Pyongyang conducted a test at the Sohae Satellite Launching Ground, which was crucial for bolstering the country's strategic nuclear deterrent, state media reported. The data collected during this and other recent experiments would be used for the development of a strategic weapon that would help overpower the US in case of an acute confrontation.

If #NorthKorea latest Sohae test involved vertical test stand at 7 mins duration it may not have been just the engine they were testing ...

The North Korean Academy of the National Defence Science announced on 8 December that it had conducted another "very important" test at North Korea's satellite launch site, which reportedly might be a test of a solid-fuel engine for intercontinental ballistic missiles.

Likely before/after images from @planet that suggest North Korea conducted a rocket engine test at Sohae. Vehicles and objects appear on December 7 to conduct the test. They are mostly gone on December 8, but the ground appears to have been disturbed by the exhaust from the test. pic.twitter.com/cqhh8ABywM

Pyongyang fired two short-range missiles into the sea off its east coast earlier in November, marking the fourth test of its "super-large multiple-rocket launcher". The two missiles flew around 380 kilometres (236 miles) at an altitude of 97 kilometres, the South Korean Joint Chiefs of Staff reported.

In late-October, North Korea launched two short-range projectiles that flew 370 kilometres at an altitude of 90 kilometres towards the Sea of Japan.

In 2018, relations between Pyongyang and Washington improved as North Korean leader Kim Jong Un held direct talks with Trump and the president of South Korea. However, the negotiation process came to a standstill this year due to a lack of specific denuclearisation measures and resumed missile tests.