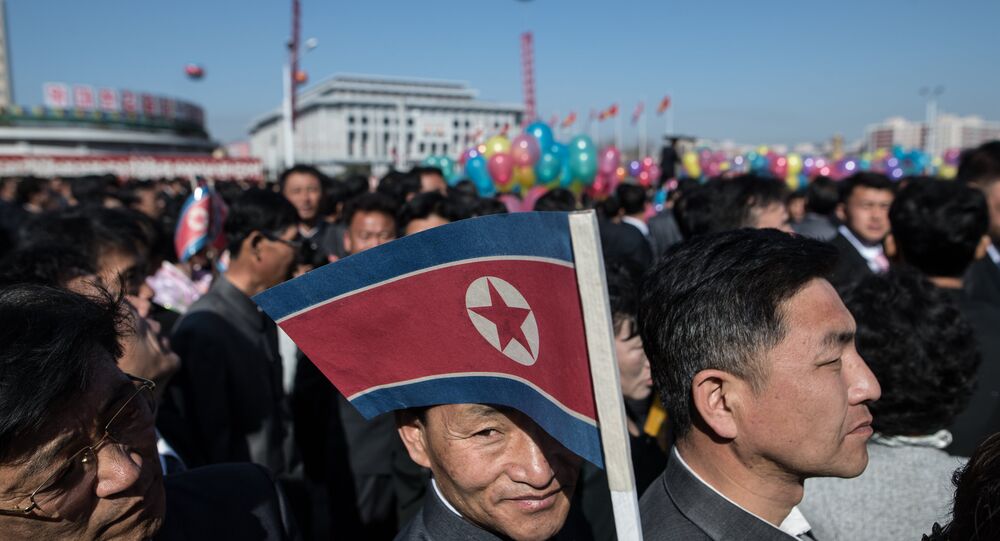 SEOUL  (Sputnik) - The United States' accusations of human rights violations in North Korea only "pour oil over burning fire" and will aggravate the situation on the peninsula, a spokesperson for the North Korean Foreign Ministry said on Saturday.

"It is a revelation of the inveterate repugnancy towards our system and a grave political provocation against our state  ... Such malicious words which came at this time when the DPRK-U.S. relations are reaching a highly delicate point will only produce a result of further aggravating the already tense situation on the Korean peninsula, like pouring oil over burning fire," the spokesperson said, as quoted by the Korean Central News Agency (KCNA).

The diplomat also added that the US official should not intervene in the country's domestic affairs or "it will be made to pay dearly for such an act."

On Thursday, commenting on the recent North Korea human rights resolution adopted by the United Nations, US Assistant Secretary for Democracy, Human Rights, and Labor Robert Destro said that he was concerned about human rights situation in North Korea. He went on to claim that the country as "a human rights violator" should change its behavior.

On Wednesday, the UN General Assembly adopted a resolution that condemns "systematic gross violations of human rights" in and by North Korea without a vote. Dozens of countries, including the United States backed the document, while Pyongyang rejected it. Though such resolutions are non-binding, they can carry political weight.