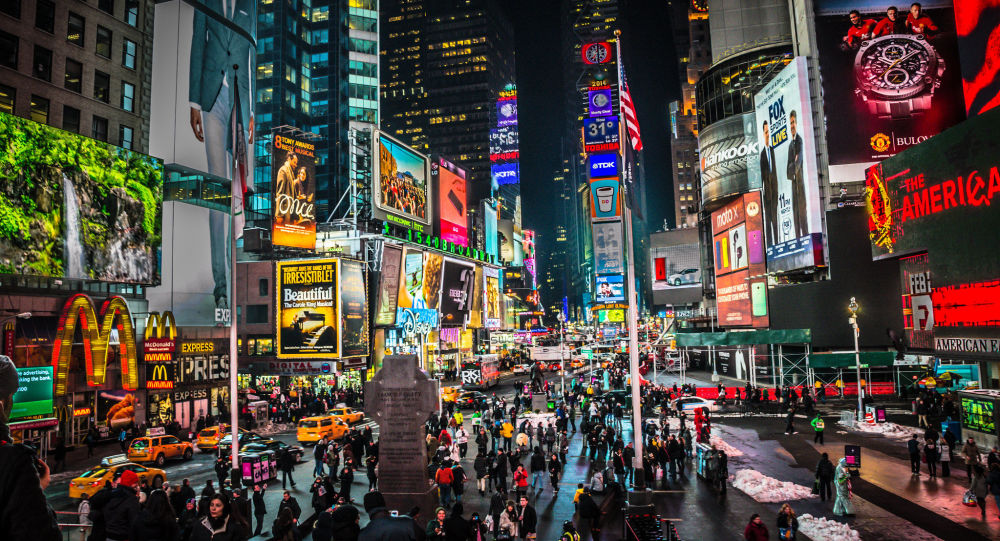 In an unprecedented move, the iconic New Year's Eve ball drop celebration in New York City’s Times Square on Tuesday night will be secured by flying drones as part of a new security initiative by the city’s police.

Aside from the drone surveillance, authorities will also be using security methods such as bomb-sniffing dogs, deploying long guns and counterterrorism units. Additionally, officials will be issuing radiation detectors and sealing manhole covers as an added precaution.

In 2018, hotels around Times Square were monitored by detectives in order to prevent attacks similar to the 2017 Las Vegas shooting in which gunman Stephen Paddock opened fire on a crowd of concertgoers from a hotel room.

Although drones were previously planned to be employed at 2018’s ball drop, inclement weather prevented the New York Police Department (NYPD) from going ahead with the strategy. At the time, NYPD Chief Terence Monahan explained in a Twitter post that rain and wind were to blame for the department’s decision to forgo the initiative.

The safety measures come as the US has been plagued by a plethora of bigoted attacks targeting members of religious communities. Most recently, the Jewish community was the target of a vicious stabbing attack on Saturday at a rabbi’s Hanukkah party in Monsey, New York.

The attacker in that incident stabbed five people, all of whom are expected to survive. Democratic New York Governor Andrew Cuomo condemned the crime as domestic terrorism, saying on Sunday, “These are domestic terrorists. They are trying to inflict fear. They are motivated by hate.”

The governor went on to say that hateful individuals who conduct such attacks must be prosecuted by the same methods and standards as any other terrorist from abroad.

The Saturday attack was followed by a shooting incident on Sunday at a Texas church service at the West Freeway Church of Christ in White Settlement. Three people, including the gunman, were killed as a result of the shooting.

As a result of the multiple, recent, religiously-targeted attacks, the police presence in New York is heavy, particularly in Jewish communities. According to a statement by the NYPD, backpacks, large bags, umbrellas, personal drones, and alcoholic beverages are prohibited from the Times Square celebration Tuesday evening.

The NYPD also stated that the iconic New Year’s Eve ball drop will be “the safest place on Earth to celebrate the new year.” Unfortunately for festive attendees, bathrooms will not be available, and no re-entry to the site will be possible for those who leave after being screened.

While the rules at the celebration are strict, police are operating under the assumption that it’s better to be safe than sorry.