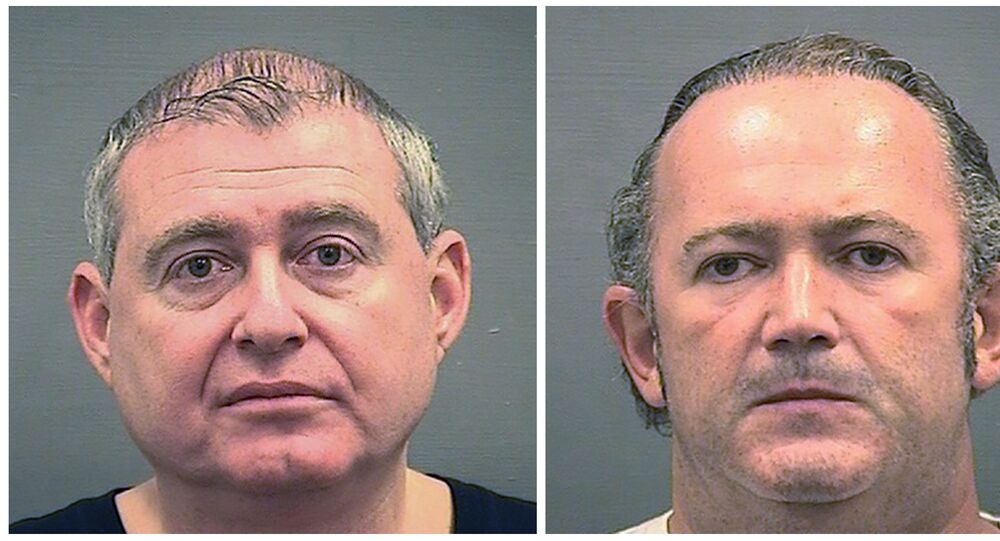 Lev Parnas and Igor Fruman - who reportedly helped US President Donald Trump’s lawyer Rudy Giuliani investigate former Vice President Joe Biden’s alleged involvement in Ukraine - were arrested at Dulles airport on charges of violating US campaign funding laws as the two tried to board a flight out of the US using one-way tickets.

Later on Thursday, US Judge Michael Nachmanoff released Giuliani's associates on a $1 million bail, the sum that each of the individuals had to pay. Both men had to surrender their passports and be subject to home detention, among other conditions, before they can be released from jail.

"I will release them under conditions articulated by the government", Nachmanoff, from the US District Court for the Eastern District of Virginia, said during the initial court hearing.

The next hearing in the Parnas and Fruman case is scheduled for 17 October at 3:00 p.m. [7:00 p.m. GMT] at the US District Court for the Southern District of New York.

Nachmanoff explained that Parnas and Fruman may not leave the New York City area and have to wear a global positioning system (GPS) device in order for the authorities to monitor their whereabouts.

"This is a very unusual situation for this court", Nachmanoff said about the case, but expressed satisfaction with the proceedings today.

Fruman and Parnas left the courtroom under protection of the US Marshals Service. They were not seen leaving the courthouse in the city of Alexandria near Washington, DC.

Court spokesperson Joshua Stueve said the bond had been secured by a third party.

The indictment, however, did not mention Giuliani by name, but the lawyer in an earlier Twitter post identified both Parnas and Fruman as his clients.

Parnas and Fruman said in a letter to lawmakers on 3 October that they would not hand over documents or comply with requests to appear for House depositions scheduled for Thursday and Friday. In response, House lawmakers on Thursday issued subpoenas to force the two men to testify by 16 October.

The two men have reportedly been involved since 2018 in Giuliani's effort to get Ukrainian officials to investigate allegations of corruption on the part of former Vice President Joe Biden and his son.