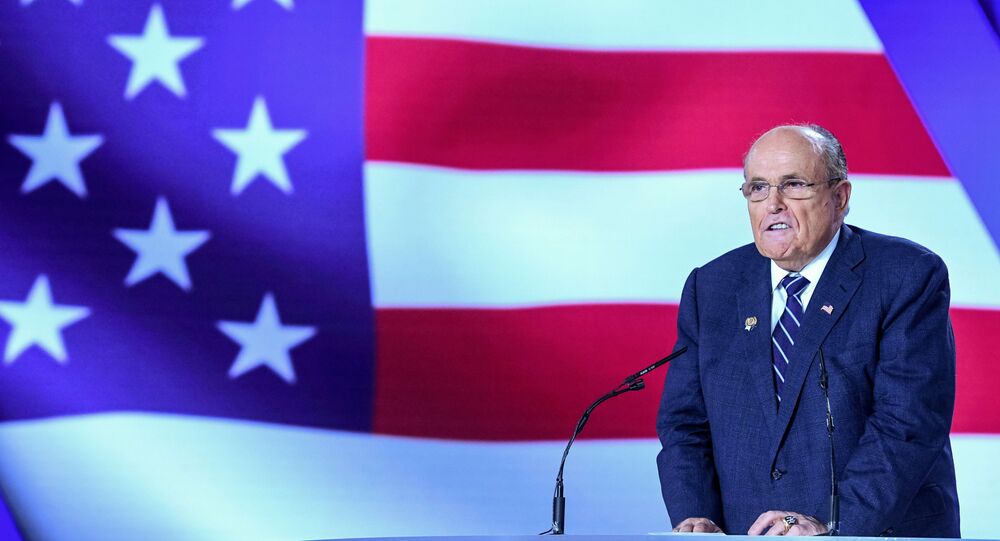 Former New York City mayor and personal attorney to US President Donald Trump, Rudy Giuliani, reportedly said last weekend that he was preparing lawsuits against key Democrats in an attempt to fend off impeachment proceedings against the president.

"I wouldn’t testify in front of that committee until there is a vote of Congress and he [Schiff] is removed," Giuliani said, as quoted by the WP, referring to Republican calls for a full House vote on an impeachment inquiry and the removal of Adam Schiff as the committee’s chairman.

Senate Judiciary Committee Chairman Lindsay Graham said earlier that he would invite Giuliani to testify before his committee.

"Graham wants me to lay out in one place, in one time the Ukrainian collusion and the Biden corruption...I appreciate Lindsey offering the opportunity to lay the whole case out," Giuliani said as quoted by the WP.

Giuliani's statement comes shortly after the State Department blocked a scheduled deposition by Gordon Sondland, US envoy to the EU, which prompted three Democratic Committee chairmen to issue a subpoena.