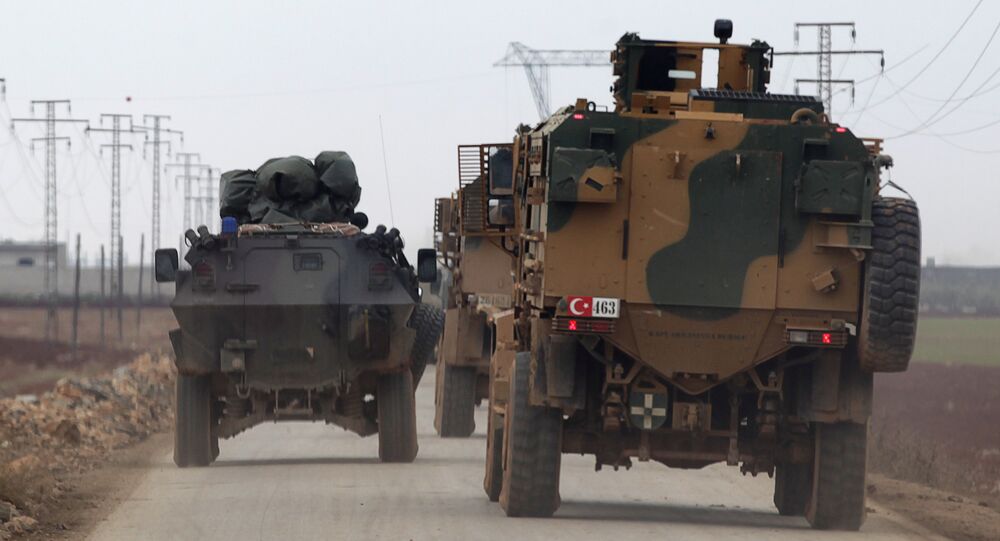 US Forces Will Not Support Turkey’s Operation in Northern Syria, White House Says

The announcement came shortly after Turkish President Recep Tayyip Erdogan said that Ankara would kick off a military air and ground operation east of the Euphrates river in Syria in the coming days.

The United States will not support Turkey in its operation in Northern Syria, the White House announced after phone talks between US President Donald Trump and his Turkish counterpart Recep Tayyip Erdogan.

"Today, President Donald J. Trump spoke with President Recep Tayyip Erdogan of Turkey by telephone. Turkey will soon be moving forward with its long-planned operation into Northern Syria. The United States Armed Forces will not support or be involved in the operation, and United States forces, having defeated the ISIS territorial ‘Caliphate,’ will no longer be in the immediate area," the White House statement says.

According to Turkish presidential spokesman Ibrahim Kalin, Ankara will create a safe zone in Syria to exterminate terrorists and ensure the safe return of the refugees to their homeland.

Meanwhile, media reported that the US military had evacuated two observation posts in Ras al-Ain and Tell Abiad ahead of the looming operation. Turkish President Recep Tayyip Erdogan confirmed that the withdrawal has started after his phone call with Trump, adding that Ankara and Washington would continue the talks on the issue.

He also announced his plan to visit Washington to meet with Trump in the first half of November, in order to discuss the project of the safe zone and dispute over F-35 fighter jets programme.

Since 2014 the US-led coalition has been carrying out airstrikes against Daesh* targets in Syria and Iraq, and while Iraqi authorities have given permission to host foreign troops in the country, the coalition forces' presence in Syria has not been authorised either by the Bashar al-Assad government, or by the United States. Damascus has repeatedly slammed the US forces' presence in the war-torn country as illegitimate.

In December 2018, US President Donald Trump announced his plan to withdraw 2,000 American troops from northern Syria, claiming that Daesh had been defeated.

On Saturday, Erdogan said that Ankara was planning to launch an operation in northern Syria east of the Euphrates River in the coming days. According to him, the purpose of the operation is to clear the Syrian border with Turkey from Kurdish militias, create a security zone and accommodate Syrian refugees there.

On August 7, Turkey and the United States agreed to create a safe zone in northern Syria after months of tensions between the two countries over the presence of Kurdish militia in the region.

Later in August, Erdogan warned that his country could launch a military operation against Kurdish forces in Syria to the east of the Euphrates River if the United States failed to meet Ankara's conditions for a safe zone.

© AFP 2021 / DELIL SOULEIMAN
A US soldier stands guard during a joint patrol with Turkish troops in the Syrian village of al-Hashisha on the outskirts of Tal Abyad town along the border with Turkey, on September 8, 2019.

The area to the east of the Euphrates is currently controlled by the self-defence forces, primarily comprised of the Kurdish militia, including the US-backed Kurdish People's Protection Units (YPG), which Ankara views as an affiliate of the Kurdistan Workers' Party (PKK), listed as a terrorist organisation in Turkey.

In December 2018, Erdogan announced that Turkey was ready to kick off a military operation against Kurdish militia on the eastern bank of the Euphrates River as well as in Syria's Manbij, located near the Turkish border if the United States did not remove the fighters from there.

Shortly thereafter, the Turkish president stated that he had decided to postpone the beginning of the operation following a phone conversation with Trump in mid-December, during which POTUS revealed his plans to pull out all Americans troops from Syria.

Turkey has long been opposed to the presence of Kurdish militia in the north of Syria, claiming that they posed a threat to the country's security. In January 2018, Turkey launched a military operation in the city of Afrin against the US-backed Kurdish People's Protection Units (YPG). The offensive was slammed as aggression by Damascus.

*Daesh, also known as ISIS/IS/ISIL/Islamic State, is a terrorist group banned in Russia and many other nations.