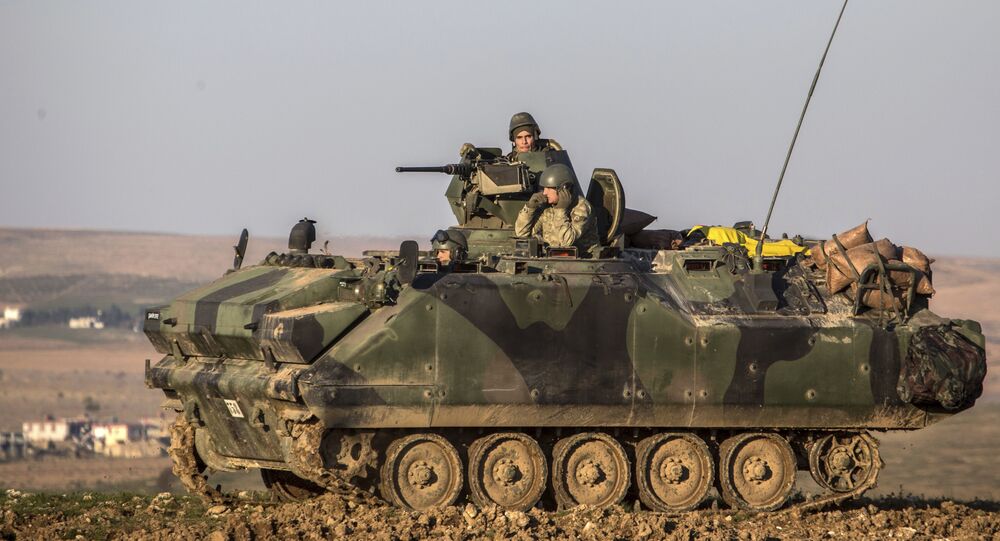 Turkey to Carry Out Military Air and Ground Op in Syria, East of the Euphrates - Erdogan

Ankara previously vowed to establish a safe zone in Syria in order to conduct operations against Kurdish militants, which Turkish authorities consider to be terrorists.

Turkish President Tayyip Erdogan said on Saturday that his country would carry out a military air and ground operation east of the Euphrates river in Syria.

"We've made our preparations, we've made our operation plans, given the necessary instructions", the politician said, adding that Turkey would launch the ops "as soon as today or tomorrow".

The news comes as Washington and Ankara are working together to establish a so-called safe zone in Syrian territories they control; however, Turkey repeatedly complained that the American side is stalling the process.

Erdogan announced the operation against the Kurdish People's Protection Units (YPG) in January but postponed it after a phone conversation with US President Donald Trump.

© AFP 2021 / DELIL SOULEIMAN
A US soldier stands guard during a joint patrol with Turkish troops in the Syrian village of al-Hashisha on the outskirts of Tal Abyad town along the border with Turkey, on September 8, 2019.

According to Turkey, the Kurdish militants in Syria are part of the Kurdistan Workers' Party (PKK), which has fought to create Kurdish autonomy since the 1980s. In 2013, the PKK and Turkish authorities agreed on a ceasefire, but it collapsed two years later when Ankara blamed several attacks on the group.