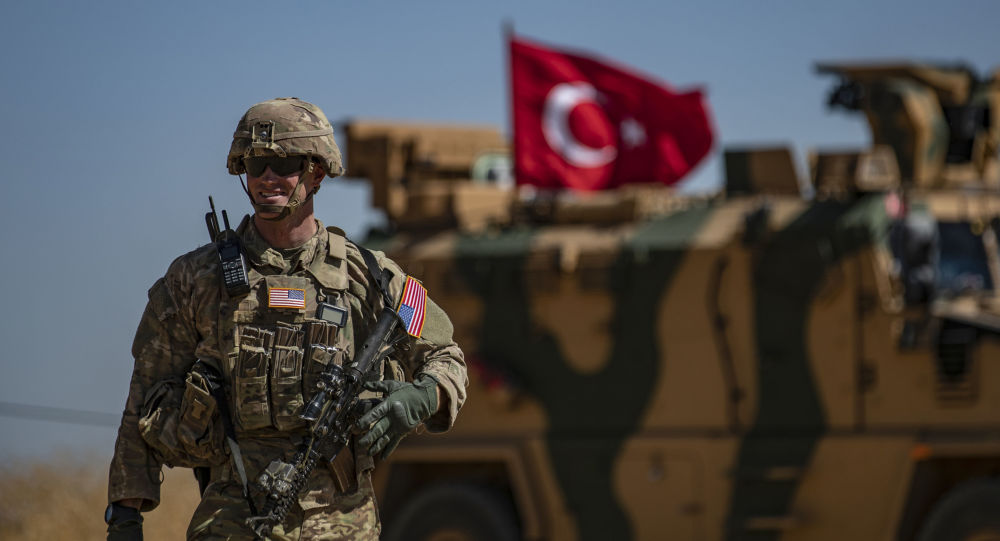 Turkish President Recep Tayyip Erdogan said in his recent speech in Ankara that the United States has not responded to Turkey’s expectations regarding the process of creating a safe zone, even though two months have already passed since reaching an agreement regarding the issue with the American side.

© AP Photo / Hussein Malla
In this picture taken on Thursday, March 29, 2018, a fighter, second from right, of U.S-backed Syrian Manbij Military Council stands next to U.S. humvee at a U.S. troop's outpost on a road leading to the tense front line between Syrian Manbij Military Council fighters and Turkish-backed fighters, at Halawanji village, north of Manbij town, Syria