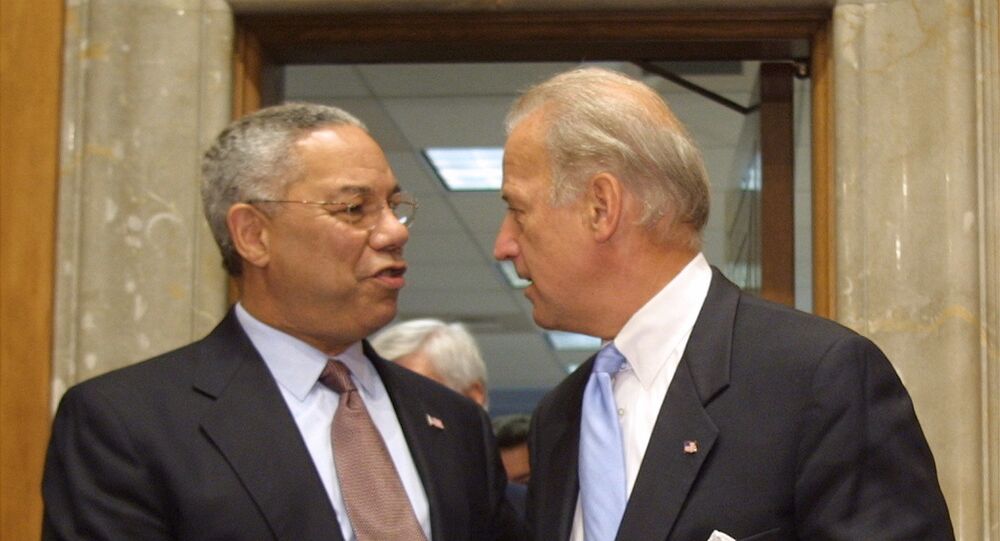 Last month, the Democratic frontrunner’s political advisors recommended limiting his public appearances in the evenings to reduce the risk of him making another gaffe with cameras around.

Former Vice President Joe Biden has taken a hit from senior officials in his own party after claiming that he began opposing the 2003 US invasion of Iraq “immediately” after it began, and accusing former President George W. Bush of lying to him.

Speaking to NPR this week, and asked to comment on his judgement during the pre-Iraq invasion period, Biden confidently said that he would “let [his] record stand,” saying his record was “good,” and that Bush had given him his word that he would not invade Iraq at the time.

“[Bush] said he needed the [Congressional] vote to be able to get inspectors into Iraq to determine whether or not Saddam Hussein was engaged in dealing with a nuclear program. He got them in, and before we know it, we had a shock and awe. Immediately, the moment it started, I came out against the war at that moment,” Biden said.

The former senator from Delaware, who served as Chairman of the powerful Senate Foreign Relations Committee at the time, and voted in favour of the resolution authorizing the Iraq War in 2002, (falsely) claimed at the time that Iraqi leader Saddam Hussein had access to chemical and biological weapons, and was pursuing nuclear weapons.

Attacks against Biden over his remarks, coming from both the left and the right, were joined late last week by David Axelrod, who served as chief strategist of Barack Obama’s presidential campaigns, and as a senior advisor to the president in his first term.

“It’s one thing to have a well-earned rep for goofy, harmless gaffes. It’s another if you serially distort your own record,” Axelrod tweeted, adding that Biden was now “in danger of creating a more damaging meme” of himself.

It’s one thing to have a well-earned rep for goofy, harmless gaffes. It’s another if you serially distort your own record. @JoeBiden is in danger of creating a more damaging meme.https://t.co/ThCVCz4Fjb

Biden’s public record in 2003 showed that his only concern about the Iraq War seemed to be the cost of keeping troops in the country, with the Delaware senator seen on video sparring with then-Deputy Defence Secretary Paul Wolfowitz on funding in late July 2003.

Biden doubled down on his support for the war in September 2003, telling Fareed Zakaria that he had no second thoughts “about the degree of confidence” he had “in the administration to know what to do after Saddam was taken down.”

Biden justification for war, Sept 2003, after it was clear Iraq had no WMD:

"I had no doubt if Saddam were left unfettered with the several billion dollars available to him through the oil program that in a matter of five years he would gain access to a tactical nuclear weapon" pic.twitter.com/ikNgAQy7fu

Biden’s Iraq remarks have sparked concerns from supporters of the Democratic Party, with some suggesting that Trump would be guaranteed a second term if Biden won the primaries.

from page 214 of Days of Fire: Bush and Cheney in the White House

Biden wanted to give Bush the Nobel Peace Prize if he could deliver Iraq. He supported the war so much it turned off fellow Democrats. pic.twitter.com/oCT4YthIb8

Meanwhile at the DNC... pic.twitter.com/kmpPk36qk7

Because we’re still at war in Iraq.

Biden, who is leading most polls among prospective voters for the Democratic nomination, has faced a battle with his own tongue since announcing his run for the presidency in April. In the past 30 days, he has got into trouble after mixing up key details of a story involving a veteran of the US war in Afghanistan, asked voters to imagine Obama’s assassination, forgot Obama’s name and referred to him as ‘President…My Boss’, defended ‘poor kids’ for being just as bright as ‘white kids’, and urged a confused audience in Iowa to “choose truth over facts.”

Last month, The Hill reported that Biden’s advisors were looking to cut down his campaign appearances, particularly in the evenings, fearing he might make another gaffe. President Trump, known for gaffes of his own, recently asked whether Biden was “mentally fit to be president”, while misquoting Biden’s statement about choosing “truth over facts.”