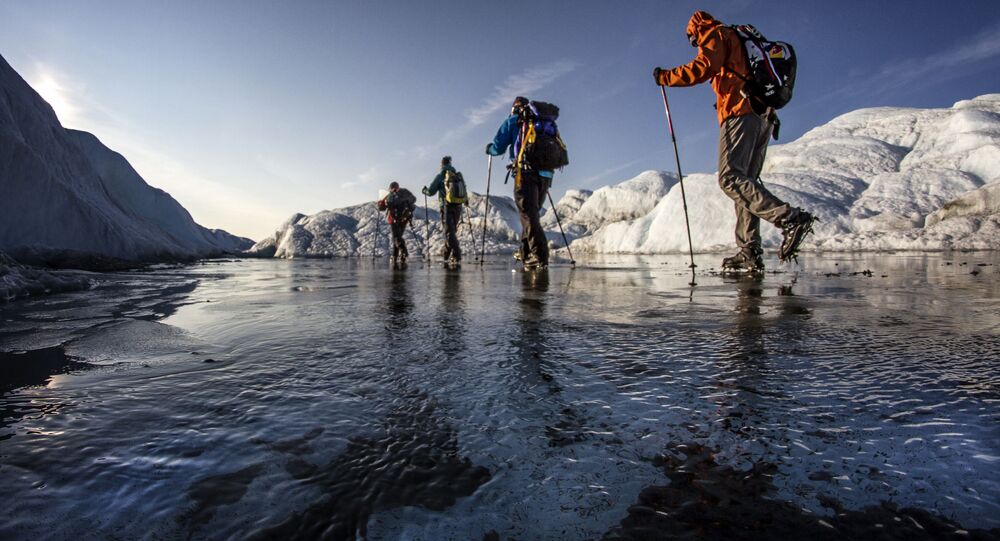 Although US President Donald Trump’s idea to buy the world’s largest island, which is rich in natural resources, has turned into a meme, the ice-capped landmass would by no means be the first territory that Washington would have added to its cart. Moreover, as earlier reports suggest, the US is not the only country that has set its eyes on Greenland in recent years.

The US aspirations to purchase Greenland, which is a Danish autonomous territory, have echoed similar interest expressed by Washington’s trade war adversary, China, according to CNBC, citing a Pentagon report from earlier this year.

The report, according to the news outlet, says that Denmark “publicly expressed concern about China’s interest in Greenland” after the Asian economic powerhouse proposed building mining infrastructure and airports for the island nation last year, even though it withdrew its bid. According to the broadcaster, Beijing had eyed developing the so-called “Polar Silk Road” for shipping goods through the North Atlantic.

“Civilian research could support a strengthened Chinese military presence in the Arctic Ocean, which could include deploying submarines to the region as a deterrent against nuclear attacks”, the US military report warned.

“Thankfully, the time where you buy and sell other countries and populations is over. Let’s leave it there. Jokes aside, we will of course love to have an even closer strategic relationship with the United States”, she said.

However, it has not been all that long since the US bought and sold territories. Shortly after the Second World War, in 1946, US President Harry Truman secretly offered war-torn Denmark $100 million in gold bullion for Greenland, with a classified report by the US Joint Chiefs of Staff saying that Washington had the cash and that the territory was “completely worthless to Denmark, [and] that the control of Greenland is indispensable to the safety of the United States”.

The offer to purchase Greenland came just four decades after the US leased one of its most notorious “dependent territories” - Guantanamo Bay. In 1903, the US agreed to pay $2,000 in gold per year for the Cuban land, which later came to host the notorious prison camp, in order to use it as a coaling station and naval base. The lease, however, was raised to $4,085 in 1974.

Another purchase, the US “insular area” of the Virgin Islands, dates back to 1917 and has a more cheerful profile as it has since turned into a luxury tourist destination. Ironically enough, like Greenland, the tropical islands had belonged to Denmark and were even known as the Danish West Indies before the US bought them for $25 million and renamed the archipelago.

However, not every purchase that the US has made has remained a dependent territory. The Philippines, which were acquired in 1898, left its American metropole just 35 years after the US bought the island nation from Spain for $20 million and installed a military government there. In 1945, the US recaptured the Philippines, which was occupied by the Japanese during World War II, and recognised its independence a year later.

Russia also had a major territorial deal with the US, selling what later became a whole state, Alaska. The Treaty of Cession, which passed 1,518,800 square kilometres to the US for $7.2 million, was signed by US Secretary of State William H. Seward in 1867. Although it was dubbed “Seward’s Folly” at the time, the deal proved to be advantageous after gold, oil and gas were discovered there. Notably, Seward also reportedly considered buying Greenland and Iceland, but never made such an offer.

© AP Photo / Becky Bohrer
A hiker makes his way past an alpine pond on the Juneau ridge in Juneau, Alaska

However, even purchasing Alaska can’t compete with what could be considered one of the greatest real estate transactions in history, when the US bought 2,141,920 square kilometres of prairie, mountains, and the Mississippi delta for $15 million from Napoleon’s France.

Trump's Intent to Buy Greenland 'One Way to Stop Russians', US Congressman Claims