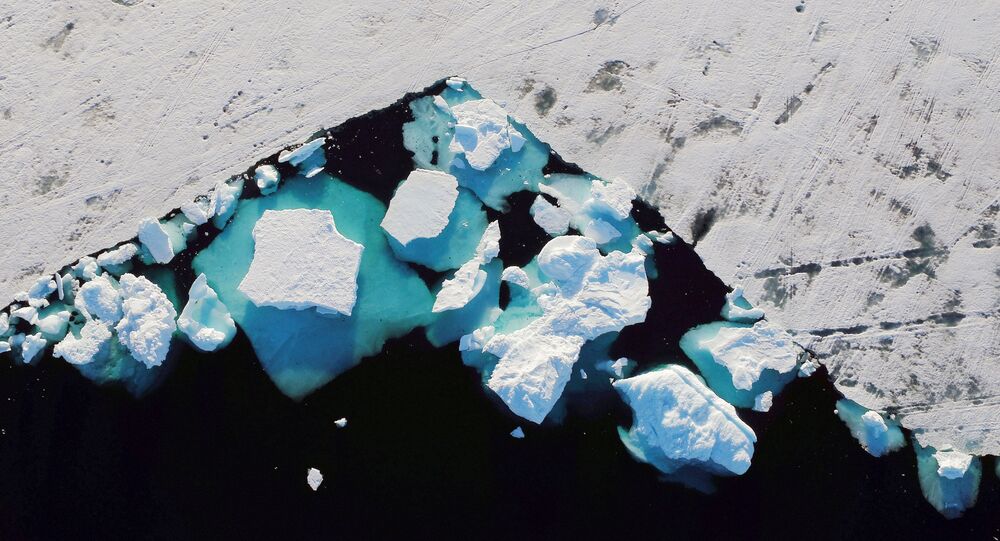 The US president’s proposal, and the diplomatic fallout with the Kingdom of Denmark which ensued, has sparked an online flame war which Trump himself ended up joining by posting an ostentatious photoshopped image of a giant gold Trump Tower in a serene Greenlandic village. But is Trump’s offer really as crazy as it’s been made out to be?

On Friday, an Associated Press report citing a State Department letter to the Senate Foreign Relations Committee revealed that the Trump administration plans on opening a US consulate in Greenland. Washington, the letter underscores, has “a strategic interest in enhancing political, economic, and commercial relationship across the Arctic region,” with Greenland reportedly playing a key role in this strategy.

The report followed news earlier Friday that Donald Trump had apparently made up with Danish Prime Minister Mette Frederiksen in a “great” telephone conversation, despite earlier calling her “nasty” for describing his offer to buy Greenland from Denmark as “absurd.” The exchange brought relations between the NATO allies to an icy low point, with Trump dramatically cancelling his planned September state visit to Copenhagen.

Trump’s public offer to purchase Greenland, which reportedly included taking over Denmark’s annual $600 million subsidy to the island, was not the first time his administration has considered the idea. On Wednesday, an unnamed US official told the New York Times that Trump had ‘jokingly’ offered to give the Caribbean island of Puerto Rico to Denmark in exchange for Greenland last year. On Thursday, a spokeswoman for Senator Tom Cotton told the Wall Street Journal that the senior Republican senator had spoken to Trump about buying the Arctic territory off the Danes in 2018, with Cotton even bringing up the idea with the Danish ambassador to the US. In other words, the idea of ‘buying Greenland’ doesn’t appear to be just one of Trump’s off-the-cuff remarks.

At first glance, Greenland may not seem of much interest to the US, with its $1.8 billion GDP, based mostly on fishing and limited mining activities, being significantly smaller than that of even the smallest US state, and most of its overseas territories. Furthermore, about 80 percent of Greenland’s territory is covered by ice caps, making it inhospitable to most forms of life.

But it is Greenland's economic potential, rather than its current output, which may interest Trump. Amid speculation that the island is rich with substantial offshore oil and gas resources which have yet to be tapped, and the confirmed presence of large quantities of zinc, gold, iron ore, uranium and other valuable resources, a ‘US Greenland’ would offer the US economy the minerals it needs for its iPhones and Teslas, oil for its cars, gold for its coffers and uranium for its nuclear power plants.

According to a 2014 Aalborg University report on Greenland’s economic potential, the direct and indirect economic income expected from just three mining projects – London Mining Isua, GME Kvanefjeld and Ironbark Citronen Fjord, adds up to up to 76 billion Danish Krone, or about $11.3 billion US over the course of their lifetimes.

The US first discovered this during the Second World War, when it de-facto occupied the strategic Arctic territory, using it extensively for air and maritime operations in the North Atlantic against Nazi Germany, with the island also proving to be a safe and convenient stopover point for US aircraft and other military equipment en route to Europe.

Immediately after the war, in 1946, US President Harry Truman secretly offered a war-torn Denmark $100 million in gold bullion for Greenland, with a classified report by the US Joint Chiefs of Staff saying Washington had the cash, that the territory was “completely worthless to Denmark, [and] that the control of Greenland is indispensable to the safety of the United States.” The offer, which was rejected, remained a secret for decades before its existence was revealed in 1991.

As the Cold War heated up, and the erstwhile alliance between the US and the USSR crumbled, the US military began taking an even greater interest in Greenland’s strategic location. In addition to the Thule Air Base, created in 1943 and continuing its operations to this day, the US established a secretive sub-glacial nuclear reactor facility on the island known as Camp Century in 1959, with operations there continuing until the late 1960s, despite the Kingdom of Denmark's formal commitment that its territory remain a nuclear-free zone. A few years ago, scientists studying the base warned that if global warming continues to melt local ice, some 20,000 litres of chemical waste, along with 25 million litres of biological waste, may be released into the environment.

In 1968, a B-52 Stratofortress strategic bomber near Thule Air Base slammed into sea ice in a local bay, spewing radioactive debris from four hydrogen bombs across the area. The nuclear fuel components from one of the bombs remain unaccounted for to this day, with at least 410 of the workers engaging in the cleanup operation said to have died of various cancers by 1995. The US has refused to provide the Greenlandic workers involved with any form of compensation.

Potential Base for New US Nukes?

For much of the Cold War, the Atlantic Ocean gap between Greenland and Iceland, and Iceland and the UK, known by the acronym “GIUK,” was considered a major chokepoint for Soviet naval operations in the Atlantic. As result, NATO deployed a large-scale network of listening devices and anti-submarine warfare equipment in the area, significantly hindering Soviet efforts to move through the GIUK gap undetected. Only in the early 1970s did the GIUK gap stop playing its vital role, when the Soviets began deploying new submarines capable of launching their payloads from waters closer to their home without needing to pass through the GIUK gap. Nevertheless, with the island remaining home to multiple monitoring systems, including components of the US ballistic missile warning system and phased array radar equipment, Greenland continues to play an important role in ensuring NATO's control of the North Atlantic.

Furthermore, with Western Europe recently grumbling about the deployment of US missiles in their countries, a Greenland in US hands might be seen as a perfect place to deploy the new intermediate-range ground based missiles the US has been testing since its withdrawal from the Intermediate-Range Nuclear Forces Treaty earlier this month. From a launch site in eastern Greenland, such missiles could reach targets from Russia’s Kaliningrad in the west to just north of its border with Mongolia to the east.

Springboard for Control of the Arctic

Finally, it's no secret that the last two decades have seen increasing competition for control of the Arctic and its sea lanes and potential trillions of dollars-worth of resources. Denmark makes the bold argument that the 1,800 km long Lomonsov Ridge stretching through the Arctic Ocean from Canada to Russia is really an extension of Greenland, challenging Russia's 2001 submission to the UN Commission on the Limits of the Continental Shelf asserting that the Ridge is in fact an extension of the Eurasian continent. Russia, Denmark, and Canada have each made conflicting claims over Arctic territories, while US claims are confined to much smaller zones surrounding northern Alaska. In 2014, Denmark formally filed a claim with the UN for a 895,000 square kilometer slice of territory surrounding the Lomonosov Ridge. Therefore, if the US were to take over the guardianship of Greenland, Washington would be able to throw all its political, economic, and military weight behind a new campaign to grab as much of the Arctic as it can, undoubtedly sparking a dangerous form of great power competition with Russia in the process.

In other words, President Trump’s idea of buying Greenland doesn’t seem as crazy as it first sounds, at least as far as US interests are concerned. As for Copenhagen, and the rest of the planet, that's another matter. The real question is whether he can sell the Greenlanders and the Danes on the proposition.

Trump is ‘King of Greenland’: Netizens Respond After Republicans Launch Sale of T-Shirts Featuring Island as Part of US