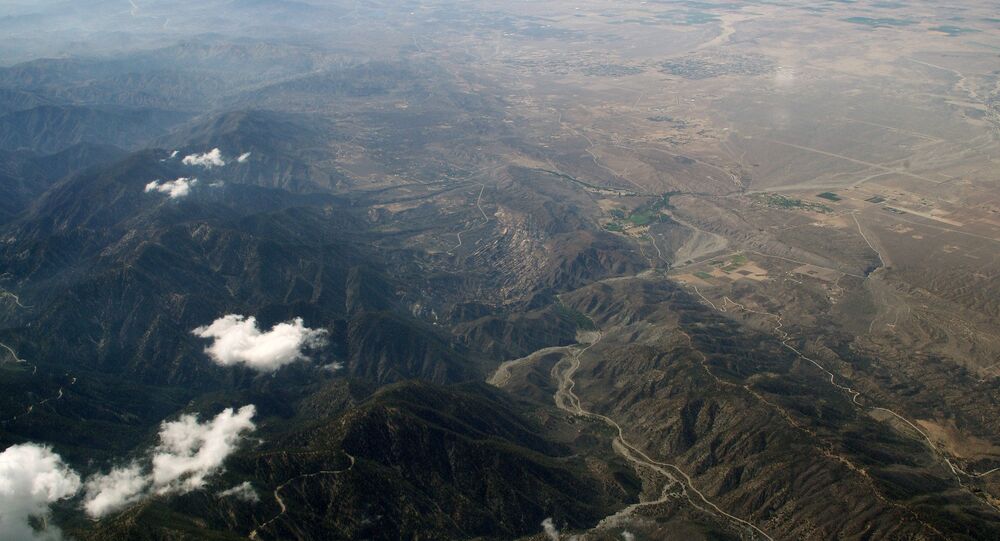 Weeks after a major earthquake rocked the region, a 5.0-magnitude quake shook central California Thursday afternoon just miles from the epicenter of the previous quakes.

The quake, which struck at 1:49 p.m. local time, had its epicenter located 2.4 kilometers directly beneath the China Lake Naval Weapons Base north of Ridgecrest, California. The 6.4-magnitude quake that rocked the region on July 4 originated not far from Thursday's quake, and the massive 7.1 shaker that followed on July 6 was also near the China Lake facility.

The US Geological Survey (USGS) noted that the quake was followed by a swarm of smaller aftershocks, including three above 2.0 magnitude and two above 3.0 magnitude.

There were no immediate reports of damage or injuries.​

"Pretty hard shaking in ridgecrest. Haven't had one that bad in a few," one commenter said on the European-Mediterranean Seismological Center's (EMSC) website, which provides a place for people to give testimonies about their quake experiences.

"I was questioning if that one was going to stop," another said.

The epicenter was roughly equidistant from Las Vegas, Nevada, and Los Angeles, California, and folks in Clark County definitely felt the ground moving.

Who felt this latest #earthquake in Las #Vegas? The @USGS is reporting a preliminary magnitude 5.0 with the epicenter north of #Ridgecrest, California. A number of our #ClarkCounty employees felt the rolling sensation here at our Gov't Ctr. in downtown Las #Vegas. pic.twitter.com/cCXUJJzwfT

​The China Lake facility where the earthquake happened was evaluated as "not mission capable" following the July quakes, which caused over $5 billion in damage. The site served as a top secret test location for the Pentagon's newest weapons and equipment.

Repairs to California Naval Facility After Quakes Estimated at $5 Billion