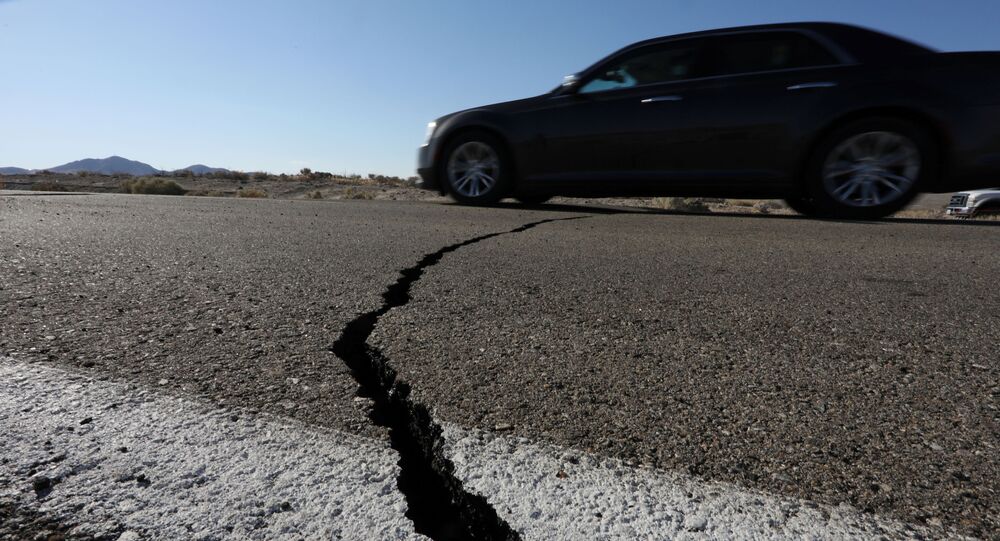 A third powerful quake has been recorded in Southern California over the past several days. According to the US Geological Survey, the latest tremor clocked in at a 7.1 magnitude, lasted for almost 40 seconds, and hit at a shockingly shallow depth of less than a kilometer.

There have been no immediate reports of casualties or damage. Local netizens have shared footage showing apartments in California affected by the powerful jolt.

According to San Bernardino County Fire Department, building damage has been reported amid the earthquake.

Another One Wow!!!!! #earthquake pic.twitter.com/deDzcDwgOP

At least 159 aftershocks of magnitude 2.5 or greater were recorded after the first earthquake, according to USGS. The earlier shaking intensity levels had been predicted for the area and were below damaging levels, hence an alert was not triggered, according to local media reports.