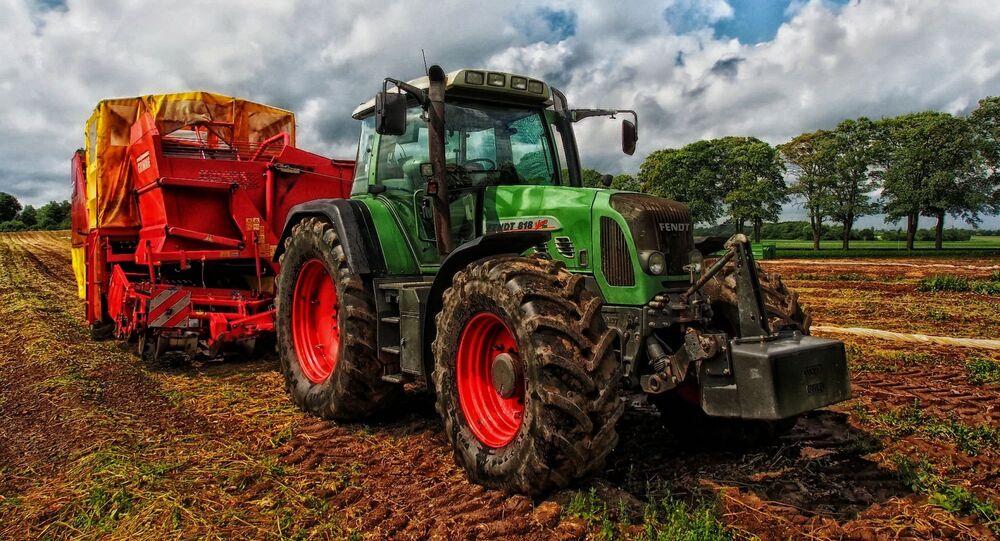 This Ain't Good: US Farmer Tells How He SAWED OFF Leg to Escape Freak Accident

The Nebraskan resident accidentally stepped in the opening of a grain hopper whilst unloading crops from his truck.

Kurt Kaser made headlines after using a pocket knife to saw off his own leg following a dangerous accident with machinery on his island.

Mr Kaser, from Nebraska, was unloading corn last month when he climbed out of his truck and accidentally stepped on the opening of a grain hopper.

Kaser, 63, told KETV that he had told himself "this ain't good, this is not good at all" while attempting to remove his trapped leg from the device.

At the time, he did not have a mobile phone and no one could hear his calls for help. He then made the ‘painful' decision to cut off his leg.

"I thought ‘how long am I going to stay conscious here?' because I didn't know what to expect," he told KETV.

​READ MORE: Miss France Candidate Killed After Being RUN OVER by Tractor

"Then I felt it jerk me again and I thought I it was going to grab me again and pull me in further," Mr Kaser said. "I had my pocket knife and I thought ‘well, the only way I'm getting outta here is to cut it off' so I just started sawing on it."

He said that while he was amputating his leg, he could feel the nerve endings in his leg "just ping every time I'd start sawing around that pipe," and that once his leg was free, he "got the heck out of there."

Mr Kaser then crawled 150ft across the farm to call for help, adding that he never lost consciousness and remembered his hospital journey.

Following a stint at a local rehabilitation centre, Mr Kaser was released on Friday and will receive a prosthetic leg after his leg fully recovers.