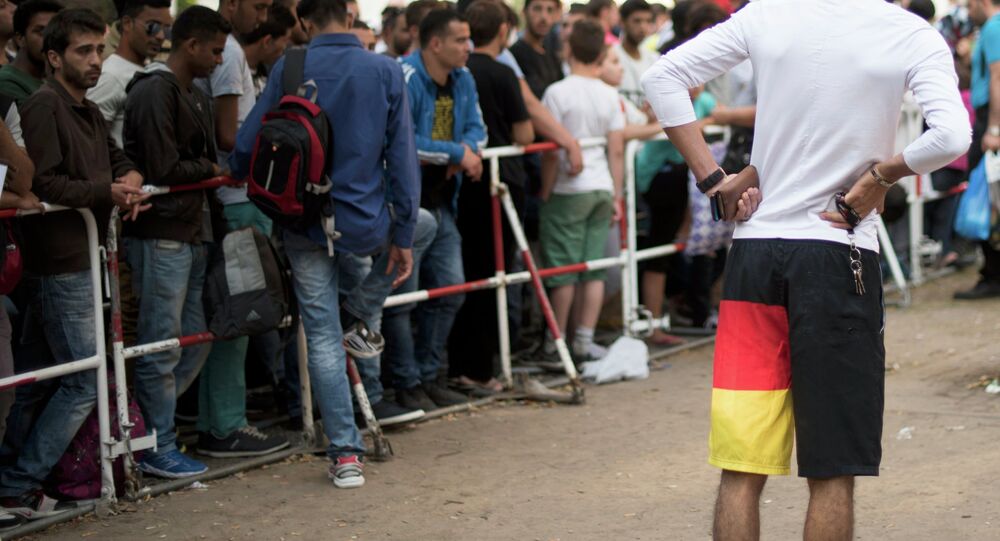 During the 2015 migrant crisis in Europe, Angela Merkel’s open door policy saw hundreds of thousands of people from the Middle East and Africa go to Germany. The decision was brought up in a discussion between Lara Trump and a Fox Business Network host, where they discussed the Central American migrant caravan and Donald Trump’s tough stance on it.

One of Donald Trump’s presidential campaign advisers and wife of his son Eric, Lara Trump, has blasted Angela Merkel’s admitting migrants into her country as "one of the worst things that ever happened to Germany" and "the downfall of Germany". The topic came up as she was discussing her father-in-law’s migration policy with Fox Business host Stuart Varney. He brought up the influx of asylum seekers in Europe while talking with Mrs Trump about the migrant caravan from Latin America, which is on its way to the US border and which was also recently raided by Mexican immigration authorities.

According to Lara Trump, the incumbent US president is trying to prevent an American version of “one of the worst things that ever happened to Germany” from happening in his home country. According to her, Congress needs to do “the right thing for the American people”.

On Fox Business, Lara Trump claims that Angela Merkel's welcoming of refugees was "the downfall of Germany" and "one of the worst things that ever happened to Germany." pic.twitter.com/p2QWhFYqSe

​However, Lara Trump's referring to the migrant situation in Germany as “one of the worst things” in the country’s history received a sarcastic and sceptical response on Twitter.

#BREAKING: @LaraLeaTrump thinks Merkel admitting migrants 'one of the worst things that ever happened to Germany'.
Not Auschwitz.
Not Dachau.
Not genocide.

We say #NeverForget. We say #NeverAgain, but this is the mindset that allowed these atrocities.https://t.co/j7Lo7mYO0C pic.twitter.com/MAPBA0UCTk

You don’t hear enough from the people who think Germany’s biggest historical challenge is not enough racial purity.

Lara Trump: Merkel admitting migrants 'one of the worst things that ever happened to Germany' https://t.co/u90BLBmTSb

Definitely not the top of my list of bad things to happen in Germany. https://t.co/erYP1kieHZ

​Under the open door policy proclaimed by Chancellor Angela Merkel, Germany became one of the countries most affected by the migrant crisis in Europe, which erupted in 2015. The country accepted hundreds of thousands of migrants, although over the years the influx of newcomers has dropped.

The refugee policy has become one of the most controversial topics for her government amid reports about crimes committed by refugees and asylum seekers, as well as debate over funding the welfare system that supports migrants. Last year, a Leipzig University study on authoritarian trends revealed that almost a quarter of respondents in Germany had a negative attitude towards migrants. 36 percent of those asked agreed that foreigners only come to Germany in order to take advantage of the welfare state, while over a quarter of those polled would send foreigners back to their home countries if employment opportunities became scarcer.

Moreover, 56 percent supported the statement that they feel like strangers in their own country due to the influx of Muslims.