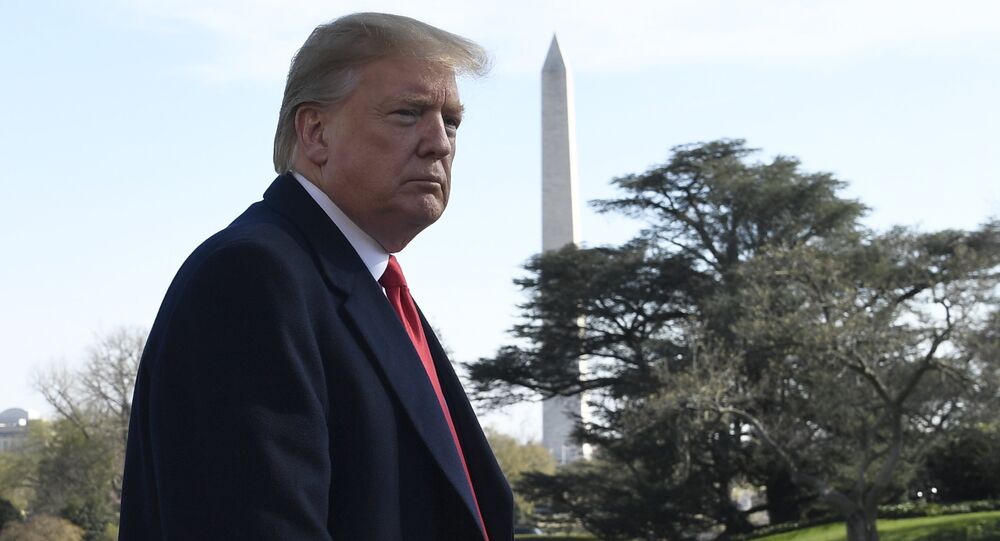 WASHINGTON (Sputnik) - Democratic Congressman Elijah Cummings is abusing his authority as chairman of a key US House of Representatives committee with plans to subpoena financial records from President Donald Trump’s accountant as part of a coordinated campaign of attacks on the president, Congressman Jim Jordan said in a letter on Monday.

Cummings chairs the Oversight and Government Reform Committee while Jordan is the Committee’s senior Republican.

"I write to strenuously object to the subpoena you intend to issue to [accounting firm] Mazars USP LLP," Jordan said on Monday. "Your intended action is an unprecedented abuse of the Committee’s subpoena authority to target and expose the private financial information of the President of the United States."

Jordan added that Cummings has violated a promise that the entire Oversight and Government Reform Committee would be allowed to debate and vote on all Committee subpoenas.

Cummings announced plans to unilaterally subpoena Mazars late on Friday afternoon, according to Jordan, as Congress was leaving town for a two-week recess.

Jordan also attached a memorandum to the letter charging that Cummings had "executed a secret memorandum of understanding" with Congresswoman Maxine Waters to coordinate attacks against Trump. Waters is the leading House of Representatives proponent of impeaching Trump.

Jordan’s memorandum also named two other House of Representatives committee chairmen, Jerrold Nadler of the Judiciary Committee and Richard Neal of the Ways and Means Committee, of joining Cummings and Waters in a coordinated campaign to use congressional oversight for partisan attacks on the Trump administration.

Democrats gained the power to issue subpoenas by winning a majority in House of Representatives in the November 2018 midterm elections.