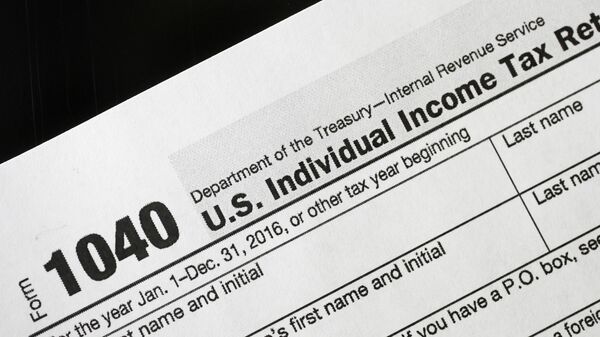 On Wednesday, Chair of the US House Ways and Means Committee Richard E. Neal requested that the US Internal Revenue Service disclose six years of US President Donald Trump’s personal and business tax returns, from 2013 to 2018, by April 10.

"The IRS has a policy of auditing the tax returns of all sitting presidents and vice-presidents, yet little is known about the effectiveness of this program," Neal wrote in the request. "On behalf of the American people, the Ways and Means Committee must determine if that policy is being followed, and, if so, whether these audits are conducted fully and appropriately."

"In order to fairly make that determination, we must obtain President Trump's tax returns and review whether the IRS is carrying out its responsibilities," he continued. "The Committee has a duty to examine whether Congressional action may be needed to require such audits, and to oversee that they are conducted properly."

The Democratic party has long expressed interest in investigating Trump's tax returns, primarily to look for evidence of corruption or illegality in the president's business dealings and to investigate whether he's overstated his wealth, among other lines of inquiry. Trump was the first presidential nominee in nearly 40 years to refuse to release his tax returns during the 2016 presidential campaign, repeatedly claiming that his returns are under audit.

"These improprieties, and the lack of transparency around them, give the House legitimate legislative, oversight and legal reasons to review the president's tax returns. We will take all necessary steps, including litigation, if necessary, to obtain them," she added at the time.