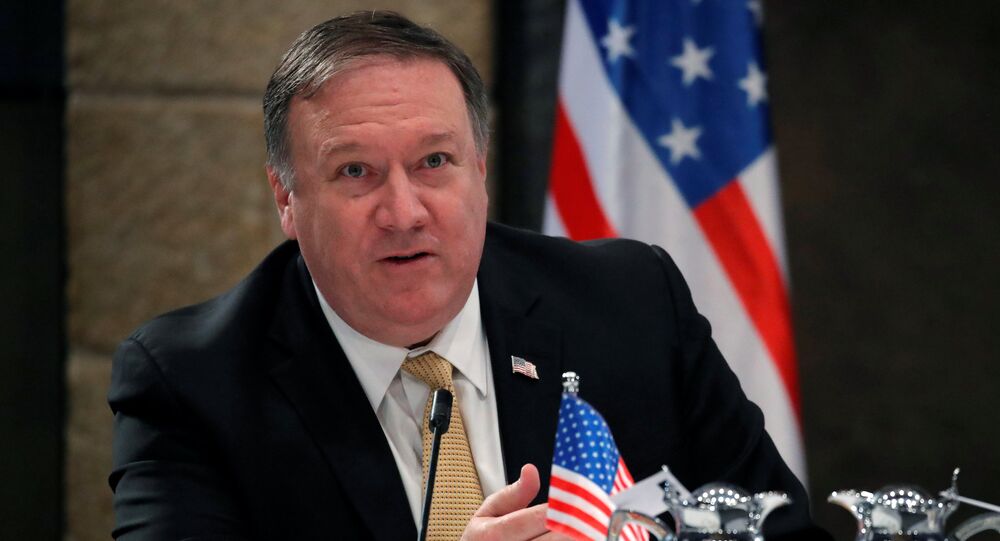 US Secretary of State Mike Pompeo kicked off Thursday's portion of his Latin America trip with a focus on engaging multilateral institutions to apply pressure on Venezuelan President Nicolas Maduro and his government.

"The United States will continue to utilize every economic and political means at our disposal to help the Venezuelan people […] Using sanctions, visa revocations and other means, we pledge to hold the regime and those propping it up accountable for their corruption and their repression of democracy", Pompeo said Sunday in the Colombian border city of Cucuta, cited by Reuters.

"You watch the political and diplomatic noose tighten around Maduro's neck [..] Cubans must understand too that there will be cost associated with continued support of Nicolas Maduro […] And we’re going to have that same conversation with the Russians as well", Pompeo said, cited by Reuters.

Earlier, US Vice President Mike Pence said that Washington would soon announce new action against Cuba in response to what the administration of US President Donald Trump considers Havana's "malign influence" in Venezuela. In June 2017, Trump reversed the policy of his predecessor and abandoned attempts to normalize relations with Havana.

The US has since repeatedly sanctioned the government of President Nicolas Maduro in a campaign to back a self-proclaimed interim president, Juan Guaido, as a means to oust the constitutionally-elected Maduro. In turn, Maduro has called Guaido a puppet of the United States and accused Washington of trying to orchestrate a coup in Venezuela to replace the country’s legitimate government and claim its resources.

© AP Photo / Eduardo Verdugo
Venezuela Blackout Could ‘Obviously Be the Result of Sabotage’ - Journalist
The US Treasury Department on Friday imposed new sanctions on Venezuela, targeting four companies and nine ships involved in transporting oil for the crisis-torn country.

Cuban Foreign Minister Bruno Rodriguez denounced the United States’ latest round of economic sanctions targeting Venezuela's oil sector as "economic piracy". Rodriguez said earlier this week that Havana sees as blackmail a US promise to take certain actions against Cuba in order to free Venezuela from the influence of Havana.

Russian Foreign Minister Sergey Lavrov has said that the presence of Russian military experts in Venezuela was fully legitimate as they were carrying out maintenance of military equipment that had been supplied earlier.