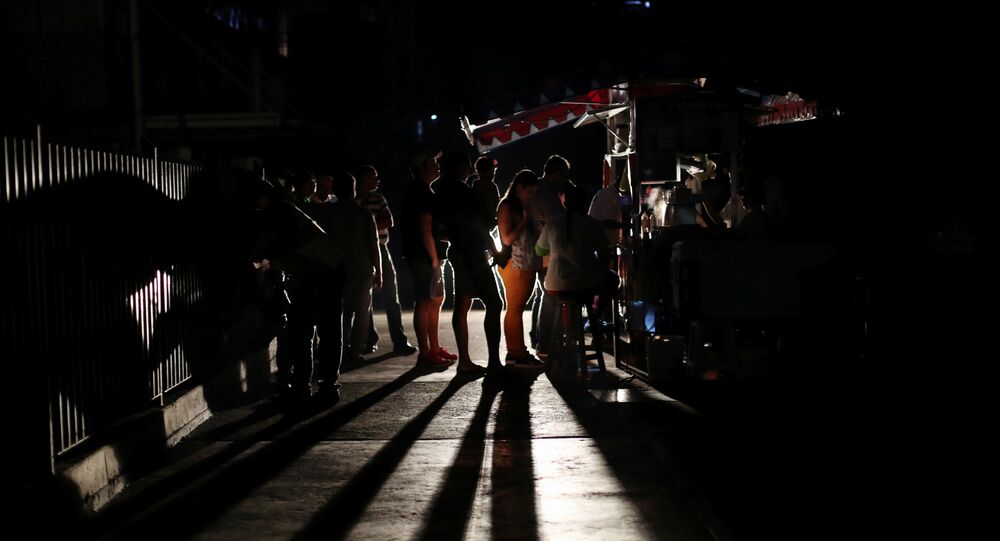 BUENOS AIRES (Sputnik) – Venezuela neutralizes up to four attacks on its electricity supply system daily, the country’s President, Nicolas Maduro, has said in the wake of repeated blackouts that swept the country over the recent weeks.

"Electric energy sector workers do not sleep. They are protecting the system from attacks around the clock. Every day, we neutralize two-three-four attacks on the electricity supply system," Maduro said in an address, which was aired on his Twitter account, on Wednesday.

The president also promised Venezuelans that the authorities would continue making efforts to overcome the consequences of the recent attacks on the country’s power supply system.

The national electricity supplier Corpoelec insisted that the power cut was the result of sabotage at the major Guri hydroelectric power plant in eastern Bolivar state.

© AP Photo / Ariana Cubillos
Colombia, Chile Deny Role in Venezuelan Power Outage
Venezuelan President Nicolas Maduro pinned the blame for the crisis on the United States. As of now, the power supply has been mostly restored in the country.

Washington and its allies openly support Venezuela's opposition leader Juan Guaido, who proclaimed himself 'interim president' back in January, following a wave of anti- and pro-government rallies.

In the meantime, Russia, China, Turkey, Cuba, and other countries stand by legitimately-elected President Nicolas Maduro and warn the United States and its allies against "meddling" in the South American country's affairs.