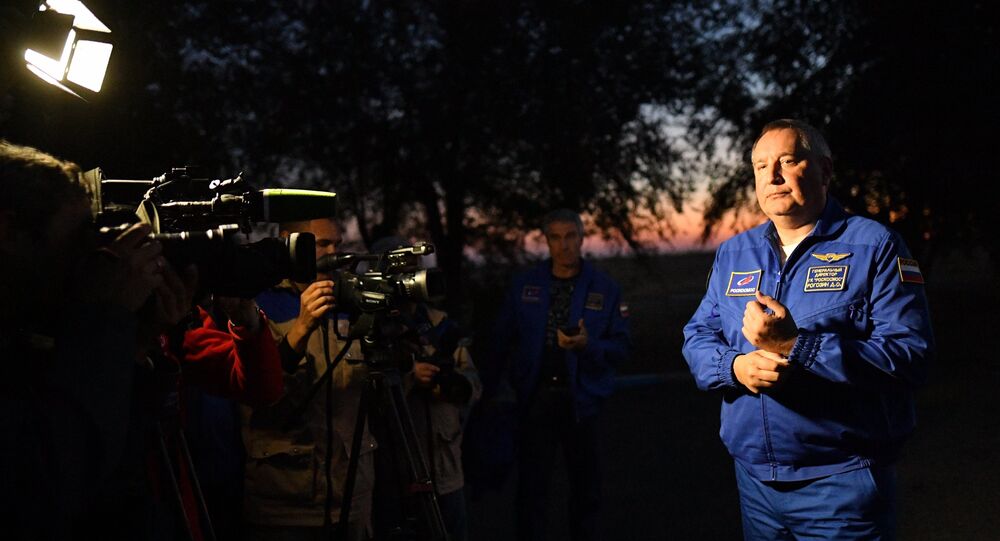 "NASA has informed the Russian space agency, Roscosmos, that the proposed visit of Roscosmos Director General, Dr. Dimitry Rogozin, currently planned for February 2019 will need to be postponed. A new date for the visit has not been identified," Powers said on Friday.

© NASA
Roscosmos Selects Super-Heavy Rocket Concept Designed for Moon Flights - Source
NASA recently invited Rogozin to visit the United States for discussions on bilateral collaboration. Bridenstine previously said that NASA was working on obtaining a sanctions waiver for Rogozin, who has been subject to US restrictions.

Rogozin, a former deputy prime minister, was among the first Russian officials banned from entering the United States in March 2014 for supporting Crimea’s reunification with Russia.

The United States and its EU allies imposed several rounds of sanctions on Russian officials over the Ukraine crisis and the reunification of Crimea.

© NASA . GSFC/Arizona State University
Roscosmos, NASA to Work Together on Concept of Lunar Orbital Station - Roscosmos Head
The Kremlin has repeatedly denied allegations of interfering in Ukraine affairs and noted that 96 percent of those participating in a regional referendum voted in favor of the Crimean reunification. The vote has not been recognized by Ukraine and the majority of Western countries.

On Wednesday, US Senator Jeanne Shaheen, the Ranking Member of the subcommittee that funds space programs, in a statement said she urged NASA Administrator Jim Bridenstine to withdraw the invitation to Rogozin because he was sanctioned over the Ukraine conflict. Senator Robert Menendez, the ranking Democrat on the Senate Foreign Relations Committee also called on NASA to disinvite the head of Russia’s space agency.