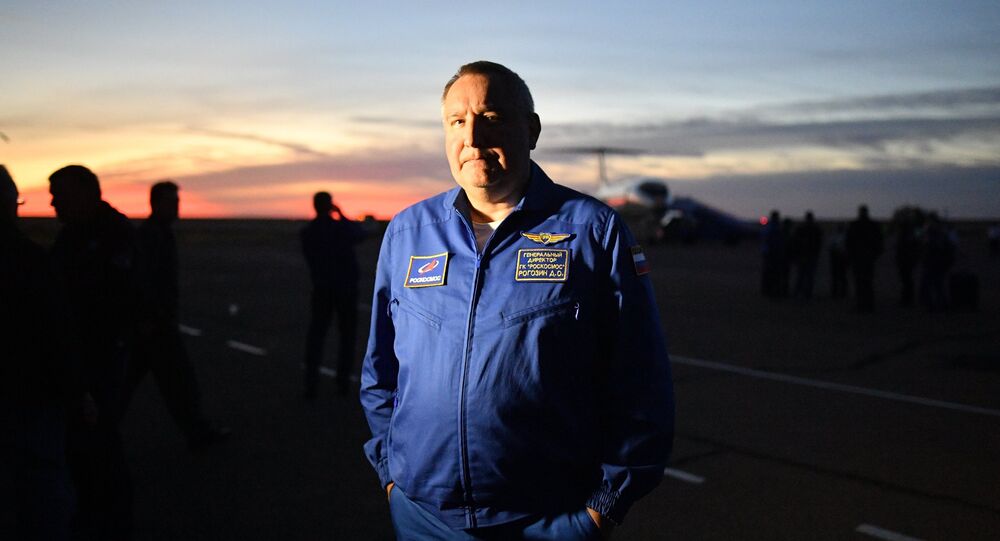 MOSCOW (Sputnik) - Dmitry Rogozin, the head of Russia's Roscosmos state corporation, may apply for US visa not earlier than in January 2019, as the program of the visit has not been prepared yet, a spokesperson for Roscosmos told Sputnik.

"The dates will be clear after the program [of the visit] is prepared. Based on this, it will be necessary to submit documents. Approximately, it will be in January," the spokesperson said.

Rogozin previously said that he will most likely visit the United States in February, while NASA has the same expectations. During the visit, the official plans to hold a meeting with representatives of Boeing, which was working on the Starliner spacecraft, and visit the headquarters of International Launch Services (ILS) company, which operates the launches of Proton and Rokot carrier rockets.

NASA has recently invited the chief of Roskosmos to visit the United States for discussions of bilateral collaboration. Rogozin’s visit is slated for early 2019. NASA Administrator James Bridenstine previously said that NASA was working on obtaining a sanctions waiver for Rogozin, who has been subject to US restrictions.

In November, Rogozin told Sputnik about plans to give a speech at the university, where Bridenstine studied.

Moreover, on December 6, 2018, Russian President Vladimir Putin appointed Rogozin the special presidential representative for international cooperation in the field of space. Roskosmos then said that Rogozin will travel to the United States both as head of Roscosmos and as the special representative.