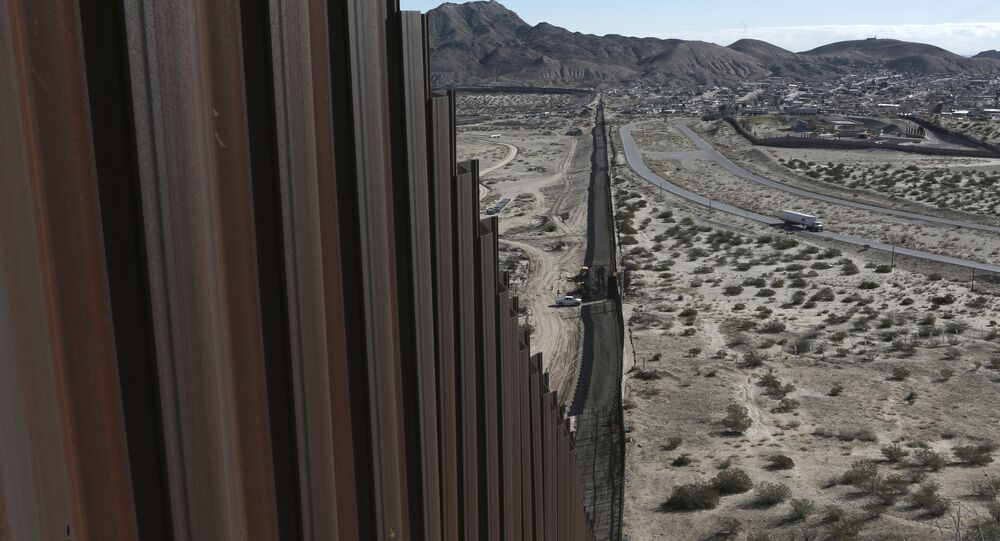 WASHINGTON (Sputnik) – US military troops deployed to the country’s southern border with Mexico have been authorized to use lethal force when necessary amid the arrival of a migrant caravan, the White House said in a cabinet order.

The recently deployed troops will be allowed to "perform those military protective activities that the Secretary of Defense determines are reasonably necessary" to protect border agents, including "a show or use of force (including lethal force, where necessary), crowd control, temporary detention, and cursory search," the memo said as quote by the Military Times on Wednesday.

© AP Photo / Marco Ugarte
Not Surprising Tijuana Residents Mad at Mexican Gov't Over Caravan – Scholars
The order was signed by White House Chief of Staff John Kelly late on Tuesday, according to the media outlet.

Kelly explained the authorization was necessary because US intelligence suggests that thousands of migrants who have now made their way to the US border checkpoint near Tijuana, Mexico, could prompt incidents of violence against border agents.

The Defense Department told Sputnik on Wednesday the move was necessary to protect the border integrity and US federal personnel.

"In light of the potential threat to the safety and to protect the integrity of the southern border, the President has authorized the Department of Defense to protect federal personnel and the performance of federal functions at appropriate US ports of entry," a Pentagon spokesperson said.

Previously, US President Donald Trump ordered the US military to deploy troops at the border with Mexico as a caravan of migrants from Central America are trying to reach the United States to seek asylum.

As the Pentagon revealed Tuesday, the deployment of 5,900 troops to the southern border would cost US taxpayers at least $72 million.

On the same day, the Mexican Interior Ministry specified the number of migrants from the caravan currently staying in the vicinity of the Mexican cities of Tijuana and Mexicali, located at the US border, saying it includes at least 5,600 people that are seeking to reach the US.

Until US Asylum Laws Fixed by Congress, More Caravans to Come - Activist