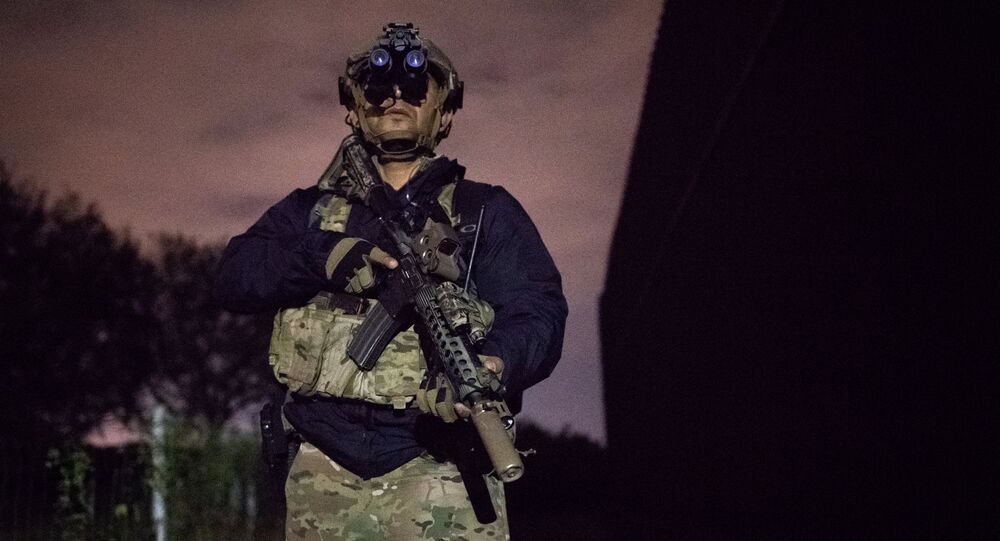 President Donald Trump previously threatened to send up to 15,000 troops to the US-Mexico border to stop the migrant caravan from entering the country.

Speaking to reporters at the White House on Saturday, US President Donald Trump said that troops would remain at the country’s southern border for “as long as necessary” in order to  block a caravan of thousands of undocumented migrants from Central America trying to make their way to the United States.

He went on to say that the troops had built a “very beautiful fence” to protect the border:

“The fence is fully manned, nobody gets through. When they’re caught, they’re not released.”

His comments came shortly after a handful of migrants, who reached Tijuana, attempted to climb the fence and cross the border, but were immediately arrested by border patrol officers.

Pentagon chief Jim Mattis travelled to Texas on Wednesday to meet some of those troops, calling it a “moral and ethical mission to support our border patrolmen.”

During his visit, Mattis stressed that “border security is part of national security” and emphasised that the troops had been deployed to boost US Customs and Border Protection as it prepares for the arrival of multiple migrant caravans in the next few weeks.

Last week, Trump signed a proclamation denying asylum to migrants who enter the country illegally, while the Justice Department announced a three-month closure of the southern border.

On the same day, the American Civil Liberties Union (ACLU) filed a lawsuit to challenge the so-called “asylum ban.”

© REUTERS / Go Nakamura
'Caravan' Full of LGBT Migrants Approaches US Border - Reports
Several caravans of hundreds of migrants, mostly from El Salvador, Honduras and Guatemala have been trying to enter the US across the territory of Mexico. President Trump suggested deploying an additional 15,000 troops to the country’s southern border to stop the illegal asylum-seekers from entering the US.

The US commander-in-chief has on multiple occasions stressed that the country’s border was “sacred” and warned that the caravans, which he labelled an “invasion,” included “very bad thugs and gang members.”