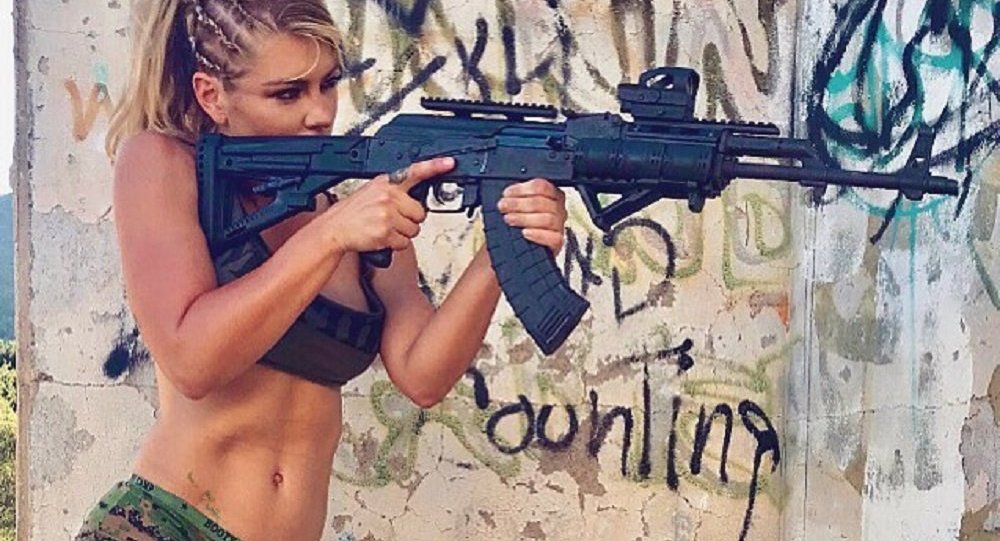 Shannon Ihrke, a former marine sergeant and “a Midwest horse enthusiast,” as she wrote in her Instagram bio, is famed for revealing snaps in which she, a fragile blonde, carries deadly weapons and aims at targets in nothing but camo underwear.

Ihrke, the bombshell marine veteran, has rapidly climbed the modeling career ladder since she appeared on the iconic US Maxim magazine cover and most recently she participated in a photoshoot for a landmark 2019 Tactical Calendar, available for orders on her social networks.

It is the Marine Corps that she has notably credited with giving her direction in life, although the decision to join the armed forces came to her rather unexpectedly, at one of her part-time jobs at a clothing store.

Happy birthday to one of my favorite Marines — @terminal_casey 🍻!!!.. If you don’t follow this guy you’re wrong cuz he’s funny as hell and quite dashing. 👊🏼 #MURICA

“When I joined, it was 2008 and I was unsure of where I wanted to go, directionwise. I was working two jobs and going to college at the same time, and I just did not know what I wanted to do,” Shannon, who spent 4 years with the corps, told Fox News.

In her closest surrounding, she had an example of a person with a law degree working as a manager at the store and Shannon immediately realized that in light of an economic recession, there wasn’t much decent employment she could hope for after completing her college degree.

Having been told college debts were effectively covered for single mothers and those in the military, she decided to pursue the latter and signed up at a military recruiting fair and then successfully made it through a compulsory boot camp, which served as a key selection step.

“When I got back I was just like, ‘I loved boot camp.’ I walked straight up to the recruiter and told him and he goes, ‘Oh yeah, I knew you’d be fine,’” Ihrke laughed. “I was stunned, but he told me he knew I had an alpha personality, and would do well,” Shannon, who served in the South Carolina regiment, recalled.

Before finally quitting the corps in 2012, she pursued other passions, such as modeling. She took leave for weekends to double as a photoshoot model and this is how she made it to the cover of the iconic men’s magazine Maxim, and later onto Covergirl.

“My friend was at the airport and he called me and said, ‘Congratulations on getting the Maxim cover.’ And I was just stunned. I had no idea,” Shannon remarked. 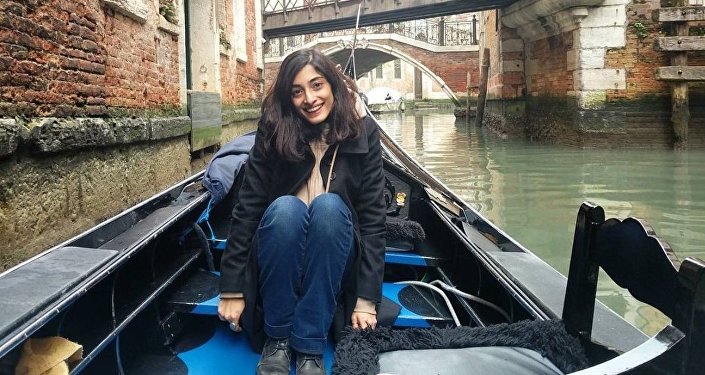 © Photo : anamtanoli/instagram
Pakistani Model Told SM Bullies to Back Off in Video Before Alleged Suicide

“I was freaking out!” she went on, adding that she rushed to the nearest bookstore and bought every copy it had.

Shannon has since fully engaged in runway work and modeling for print editions and catalogs, and even become obsessed with horse riding, but the military still holds a special place in her heart. So, she didn’t think twice after photographer Thomas Prusso reached out to her suggesting a tactical-themed calendar shoot featuring bombshell female veterans.

This has been the most stressed I’ve been in years between my baby philly going through a fence and someone doing a hit and run on my vehicle. But I keep reminding myself that things could be worse. I still have so much to be thankful for. My philly is back at the equine center and just had another surgery yesterday and they said she’s recovering well (they had to remove one of the wires they placed in her head because her body was rejecting it) and my Jeep will get fixed. I still have my health, I have jobs that I love working, and I have an amazing family and awesome support system. Life isn’t always about happiness- it’s about balance and learning to take the good with the bad. Whenever I’m going through a rough time I try to remember the saying that goes “How do you eat an elephant? One bite at a time…”.. No, I don’t eat elephants. Think about it. Or google it.

“It was a lot of fun. I still love the Marine Corps and think it gave me a lot of direction and am glad that I did it,” the 29-year-old Minnesota native shared.

Much of her work is still linked to the military, as she is involved in a few military charities, as well as the Chicago Marine Corps Foundation, which facilitates access to state scholarships for kids whose parents were wounded or died when serving in the forces.