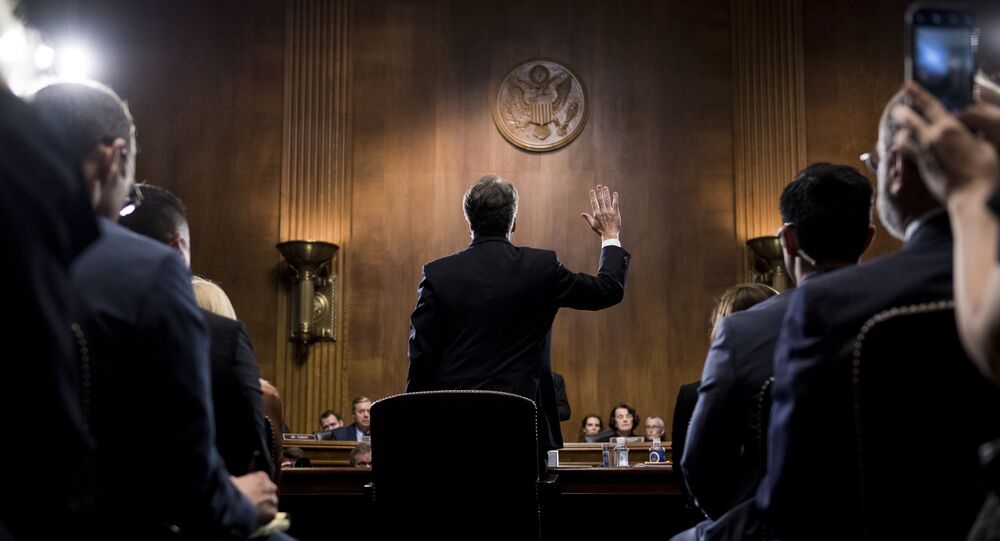 US Senate Approves Advancing Kavanaugh to Final Vote Amid Protests

The Supreme Court nominee's candidacy has been drawn out by allegations of sexual misconduct, with President Trump accusing Soros-funded protesters of trying to "make Senators look bad" by protesting in front of the Capitol and Senate office buildings amid preparations for the confirmation vote.

The US Senate voted to limit further debate on Brett Kavanaugh's confirmation, with 51 Senators voting in favor and 49 opposed. One Republican and one Democrat voted against the rest of their respective parties.

The procedural vote sets the stage for the final vote to confirm Kavanaugh, which may take place as early as Saturday.

President Trump congratulated Kavanaugh over the Senate's decision, saying he was "very proud" of lawmakers.

Very proud of the U.S. Senate for voting “YES” to advance the nomination of Judge Brett Kavanaugh!

Earlier, the president accused protesters against Kavanaugh's nomination of being "paid professionals only looking to make Senators look bad," and suggested they were "paid for by Soros and others."

© REUTERS / Jim Bourg
Kavanaugh Says He ‘Was Very Emotional’ During Testimony Before Committee
Also on Friday, an FBI probe concluded that it was unable to corroborate the accusations of sexual assault made against Kavanaugh by Dr. Christine Blasey Ford and Deborah Ramirez. The investigation, initiated at President Trump's request, was established to determine whether Ford and Ramirez' allegations that Kavanaugh had sexually assaulted them in high school could be conclusively proven. Kavanaugh and Ford were not interviewed for the FBI probe, but did testify extensively before the Senate Judiciary Committee last week.

Nearly 300 protesters were arrested before the US Capitol building during so-called 'Cancel Kavanaugh' protests on Thursday. Activists, including survivors of sexual assaults, have been confronting Senators all week as they entered the elevators in the US Capitol and Senate office buildings, urging them to vote against the Trump nominee.