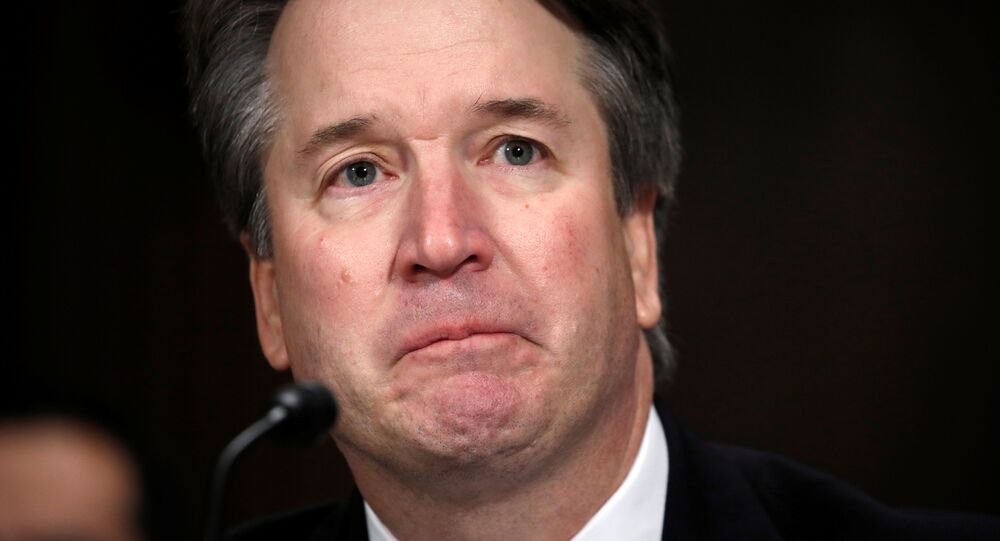 Kavanaugh Says He ‘Was Very Emotional’ During Testimony Before Committee

Supreme Court nominee Judge Brett Kavanaugh stated that last week he was more emotional than he had ever been and “said a few things I should not have said.”

Kavanaugh, in an op-ed published in the Wall Street Journal on Thursday defended himself and his testimony in front of the Senate Judiciary Committee last week, admitting that his tone had been "sharp" about the allegations of sexual misconduct by three women.

“After all those meetings and after my initial hearing concluded, I was subjected to wrongful and sometimes vicious allegations. My time in high school and college, more than 30 years ago, has been ridiculously distorted. My wife and daughters have faced vile and violent threats,” Kavanaugh wrote, spearheading the allegations that he became visibly nervous during his testimony.

“My hearing testimony was forceful and passionate. That is because I forcefully and passionately denied the allegation against me. At times, my testimony—both in my opening statement and in response to questions—reflected my overwhelming frustration at being wrongly accused, without corroboration, of horrible conduct completely contrary to my record and character,” Kavanaugh added.

During his testimony Kavanaugh had engaged in a tense exchange of words with the Democratic senators on the Committee, answering Senator Amy Klobuchar’s question if he had ever blacked out from drinking alcohol with the same question. Klobuchar said after the testimony that if he “was in his courtroom and acted like that, he would have thrown me out.”

© REUTERS / Saul Loeb/Pool
US Senate Committee: FBI Found "No Hint of Misconduct" in Probe Into Kavanaugh
Kavanaugh also wrote in his column that he “reveres the Constitution” and believes in the importance of an independent and impartial judiciary system and promised to “keep an open mind” in every case.

“The Supreme Court must never be viewed as a partisan institution. The justices do not sit on opposite sides of an aisle. They do not caucus in separate rooms. As I have said repeatedly, if confirmed to the court, I would be part of a team of nine, committed to deciding cases according to the Constitution and laws of the United States. I would always strive to be a team player,” he wrote.

On Thursday, after a week-long investigation into the sexual misconduct allegations against the nominee, lawmakers received a private FBI report on Kavanaugh. The investigation had been requested by the judge’s accusers, Dr. Christine Blasey Ford, Deborah Ramirez and Julia Swetnick. A number of Republican senators had already argued beforehand that there was no evidence to corroborate the claims that Kavanaugh had committed sexual misconduct during his college years at Yale in the 1980s, with senators Jeff Flake and Susan Collins adding that they believed the inquiry had been thorough.

FBI to Present Report on Kavanaugh to Senators Thursday - Reports