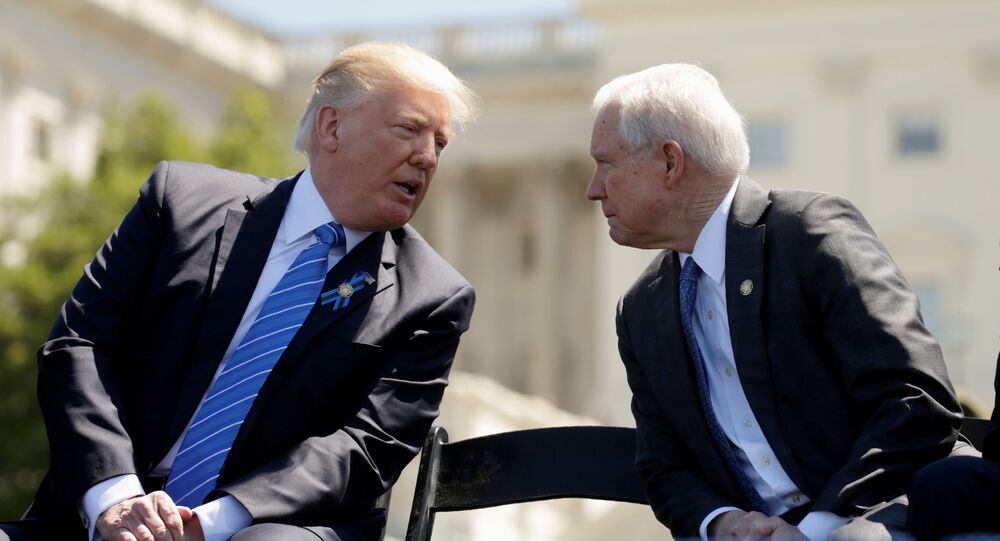 WASHINGTON (Sputnik) – US President Donald Trump told reporters that US Attorney General Jeff Sessions should investigate who is behind the controversial anonymous New York Times op-ed that criticizes his leadership.

Trump also said he was looking into whether action should be taken against the New York Times, though he did not specify what kind of move he might be considering.

© AP Photo / Susan Walsh, Pool
Trump Says Kim Passes Letter to Him Via Secretary of State Pompeo
The official claimed in the article that cabinet members shortly after Trump took office considered invoking the 25th amendment to remove him from office, but felt the process was too complex.

In a note before the article, The New York Times said it took the "rare step" of publishing the anonymous op-ed essay because it was "the only way to deliver an important perspective to our readers."

The publication said the author, a senior Trump administration official, requested anonymity to protect his or her job.

US 'Not Some Banana Republic': Senator Scolds Trump's Attack on Jeff Sessions