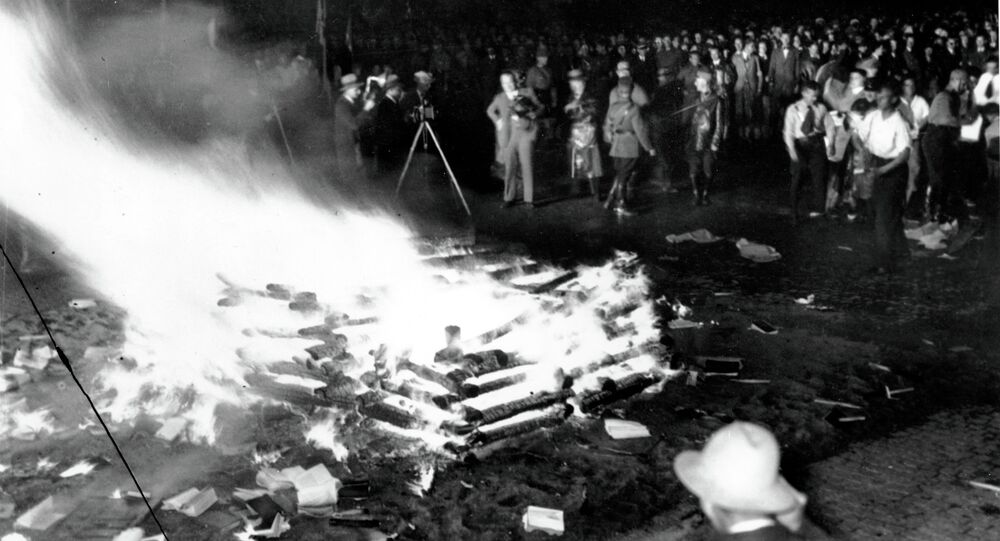 A South Carolina police union has lodged a protest about a high school’s summer reading list over the school’s inclusion of two novels that discuss the topic of police brutality. The Fraternal Order of Police (FOP) union said the award-winning “The Hate U Give” was an “almost indoctrination of distrust of police.”

The freshman class of Wando High School in Mount Pleasant, South Carolina, was asked to read one of eight books over the summer break. One of the novels, "The Hate U Give," features the story of a young girl who witnessed police shoot her unarmed best friend to death, an experience which leads her to activism. The book, by Angie Thomas, opened at number one on the New York Times' young adult best-seller list in February 2017.

The other book the FOP Tri-County Lodge #3, a branch of the nation's largest police union, took exception with was Jason Reynolds and Brenden Kiely's "All American Boys," which revolves around a black teenager who was beaten by police and hospitalized after he was mistakenly suspected of shoplifting. The book follows him as he tries to overcome his distrust of police.

Mount Pleasant is in Charleston County and sits directly across the river from Charleston, the largest city in the state. North Charleston drew national attention in early April 2015 after officer Michael Slager was caught on a bystander's video gunning down unarmed Walter Scott from behind after he fled a traffic stop. Slager was sentenced to 20 years in prison in December 2017 for second-degree murder.

According to local media, FOP president John Blackmon said, "Freshmen, they're at the age where their interactions with law enforcement have been very minimal. They're not driving yet, they haven't been stopped for speeding, they don't have these type of interactions," apparently ruling out the potential for students to have prior experience with police through their parents. "This is putting in their minds, it's almost an indoctrination of distrust of police and we've got to put a stop to that."

​Paul Wright, founder and executive director of the Human Rights Defense Center and editor of Prison Legal News, told Sputnik Tuesday, "I think it's important for [these students] to learn [about police brutality] at that age so that they can hopefully try to protect themselves and keep from being killed and brutalized by police, at a basic survival level."

"And then longer term, and further down the road, hopefully they can, as they get older, they can try to seek some accountability and try to end police abuse and police brutality."

Wright said that police unions exert their influence from an "organized position" to "basically censor any kind of criticism, real or imagined, within society… ensuring this ideological conformity that everyone basically has to tow the police state line." He called this police union's objection to the summer reading list a "classic example" of this.

According to the American Library Association, "The Hate U Give" was the eighth most censored book in the US in 2017.

"Police unions, I think are part of what enables the lack of accountability and the ongoing systemic problems that we have in terms of unaccountable police and everything else. I think police unions — police and prison guard unions — are a big part of the problem," Wright told Sputnik, "and I think that society would be much better off if they did not even exist."

The head teacher at the school, Dr. Sherry Eppelsheimer, said in a statement on June 11 that because a formal complaint has been filed against the instructional material, the school district will form a committee to review the material and then hold a hearing during which the objecting party and the teacher who assigned the material, along with any other expert, will get to make their case. Then, the board will give a recommendation to the superintendent, who will make a decision, which can only be appealed by the Board of Trustees.

Wright says that police unions get an outsized voice in the media around topics of policing but stressed that it is "also part of the central role that police play in a police state. Arguably, you know, the police and the military are the most important players in a police state because at the end of the day, they have the guns."

Police unions, while frequently serving as the public relations arm of a police force, are also responsible for the more typical labor union duties of negotiating officers' contracts with their departments, including salary and disciplinary guidelines. For example: Sputnik News reported in June on a 10-year veteran of the Bexar County Sheriff's Department in Texas who was arrested and accused by the sheriff of sexually assaulting an undocumented woman's four-year-old child, threatening to have the mother deported if she went to police. While the sheriff said he wanted to cut the officer from his agency as soon as possible, he only placed him on administrative leave, the first 10 days of which came with pay — the sheriff's hands were likely tied because of the officer's union-negotiated contract.

"When you look at stuff like the Law Enforcement Officer's Bill of Rights (LEOBoR), police who commit crimes get rights that no other citizen could even imagine, including chances to get their stories straight, destroy evidence, commit perjury, to see what evidence there is against them, and things like that," Wright said. LEOBoR exists in varying forms at least in 14 US states and came into fruition largely in the 1970s and 1980s after heavy lobbying from the FOP. It grants officers due process rights that exceed those afforded to regular citizens, and allows them to be judged by other officers, who in some cases the accused can choose. Critics say that police unions, through their lobbying efforts for bills like LEOBoR and advocacy, serve as an impediment to accountability.

© AP Photo / Sean Rayford
Sick of Seeing ‘Bodies Pile Up’: After Deadly Uprising, US Inmates to Strike for Better Conditions

"The other thing is literally [officers are given] the right to counsel almost from the moment the crime is committed, not even before they're charged but long before they're charged. There's a lot of things that kick in with the police that in general we're not seeing with anyone else," Wright told Sputnik News. Police unions ensure "that there's no real system of police discipline, of police accountability or investigation… I think that it's widely acknowledged that the notion of Internal Affairs or police policing themselves is basically a joke; I mean, there really is none."

When it comes to policing, Wright said, police unions have "exacerbated a problem that already existed and is allowed to perpetuate itself even more."