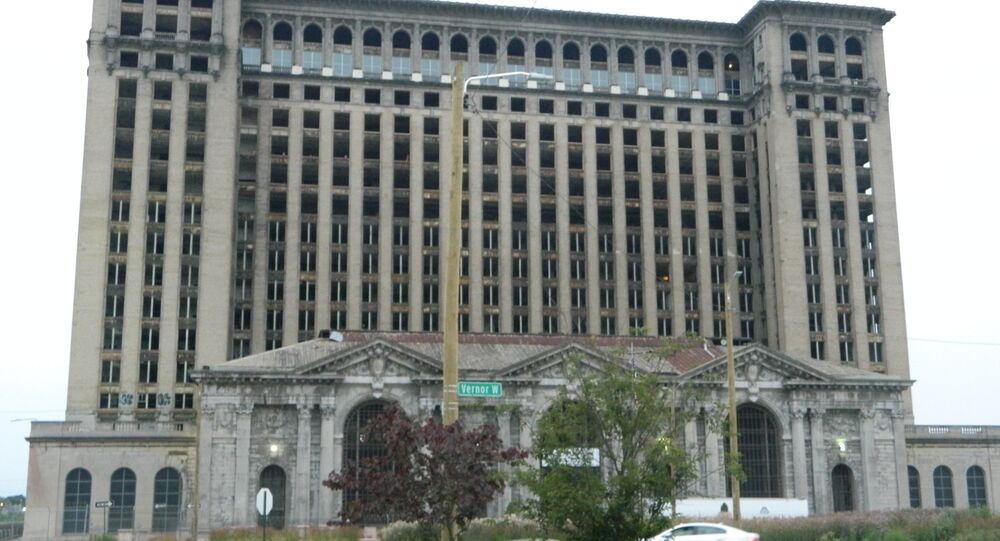 Michigan Central station, a huge ghostly building in the heart of Detroit, has been bought by the Ford motor company who have plans to turn it into a retail and office complex. Is the "Motor City" bouncing back after years of industrial decline?

Bill Ford, great-grandson of the company's founder Henry Ford, has announced exciting plans to turn the iconic edifice, which was built in 1913, into a "vibrant new campus" that will serve as an "innovation hub".

"I would love to see startups, young entrepreneurs in here…I've been contacted by a number of people. We don't really know what to say yet. We haven't finalized any plans. We're just getting going, in some ways," Ford told the Detroit Free Press.

Ford is planning to move 200 employees who are working in its driverless vehicle technology department into the building when it is fully refurbished in 2022.

Michigan Central is 18 stories high and in the 1950s more than 3,000 people worked in the offices above the station, which regularly saw 4,000 passengers a day passing through it.

We’re committed to the entire city of Detroit and its future, with Michigan Central Station envisioned as a beacon of development and opportunity. #fordetroit pic.twitter.com/DAkbJTt4gc

​It closed as a station in 1988 but conservationists fought to stop it being demolished as Detroit fell into decline around it.

Now there are hopes Ford's decision to purchase the building from billionaire Matty Moroun could signal a comeback for the city, which has struggled economically for years and filed for bankruptcy in 2013.

“We hope for better things; it shall arise from the ashes.” pic.twitter.com/rbxWBwbzGE

​On Tuesday, June 19, Detroit-born rapper Big Sean will star at a special bash thrown by Ford to make the purchase of Michigan Central.

Big Sean — whose hits include "Bounce Back" — has been at the forefront of efforts to talk up Detroit, which spiralled into decline in the 1980s as the big three US auto manufacturers, Ford, Chrysler and General Motors, lost sales to Japanese and European rivals.

"Throughout most of my adulthood, when I would travel anywhere outside of Michigan, people would ask where I was from and I would say 'Detroit.' Often people said, 'Gee, I'm sorry.' Or ‘Why? Why would you live there?' I was always very proud of this area. And I love Detroit. Even this building we're in. It was always photographed as the symbol of what had become of Detroit. It was the symbol of the ruin of our city," Mr. Ford told the Free Press.

When you see pictures of Michigan Central Station, they are usually black & white pics from when it was brand new, or recent pics of it in ruins. My favorites are from the 1970s/80s, after the station had declined for decades, but was still in operation. https://t.co/4YZApFAn4x pic.twitter.com/E2TsbhnmYt

​He plans to turn the station into a modern office and retail complex with space for 5,000 workers.

But he hopes the surrounding Corktown area of Detroit, which saw a dramatic fall in population as more and more auto workers lost their jobs and left the city, will become a new campus dedicated to self-driving technology.

​Sputnik reporter Chris Summers visited Detroit in 2015 and noticed that among the acres of wasteland and empty lots there were also a handful of trendy restaurants and other new businesses in the downtown and Corktown areas.

​Some start-up entrepreneurs are believed to have moved from New York and Chicago to take advantage of cheaper rents and an abundance of skilled labor.

Corktown — which gets its name from the thousands of Irish immigrants from County Cork who arrived in the 19th century — was once home to the Detroit Tigers baseball stadium, but they left in 2008, relocating to Comerica Park.

Moroun, a 91-year-old American of Lebanese origin, bought the building in 1996 but was never able to find the investment capital required to renovate it and bring it back into use.