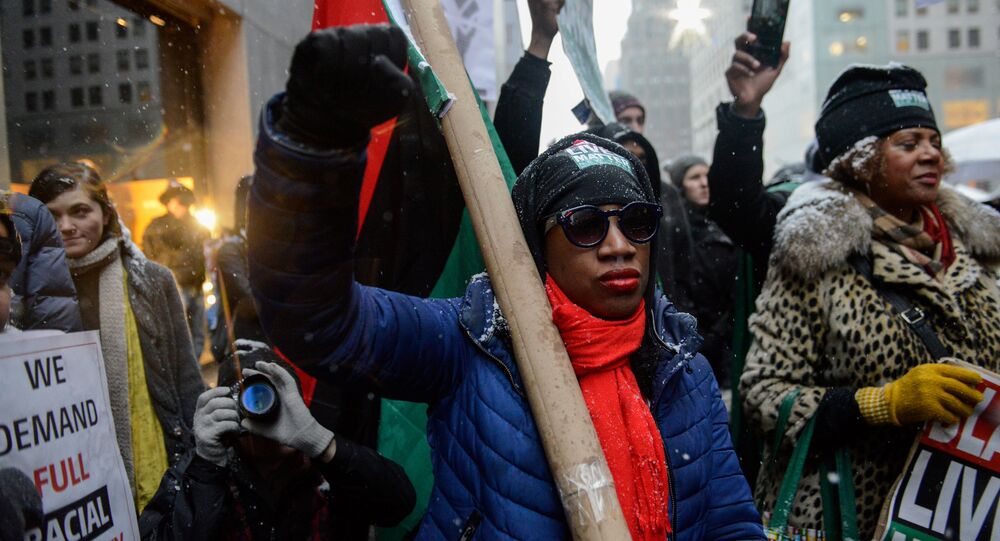 The poll revealed that a majority of Americans (65%) continue to say there are "very strong" or "strong" conflicts between blacks and whites in the US, the survey released by the PEW Research Center said.

WASHINGTON (Sputnik) – A full 60 percent of Americans believe that race relations have deteriorated during President Donald Trump's first year in office, but even more cite rancor between Republicans and Democrats as a problem facing the United States, according to a poll made by the PEW Research Center.

"Nearly a year into Donald Trump’s presidency, a majority of Americans (60%) say his election has led to worse race relations in the United States," a press release summarizing the poll said.

The share of Americans who say race relations in the U.S. are getting worse has risen to 44% from 38% in May of 2016 https://t.co/23BLTqezCm pic.twitter.com/M2eXlpkaB2

As with past polls, whites had a more positive view of race relations than did blacks or Hispanics, with 40 percent of whites saying relations are generally good, compared with 28 percent of blacks and 33 percent of Hispanics, according to the release.