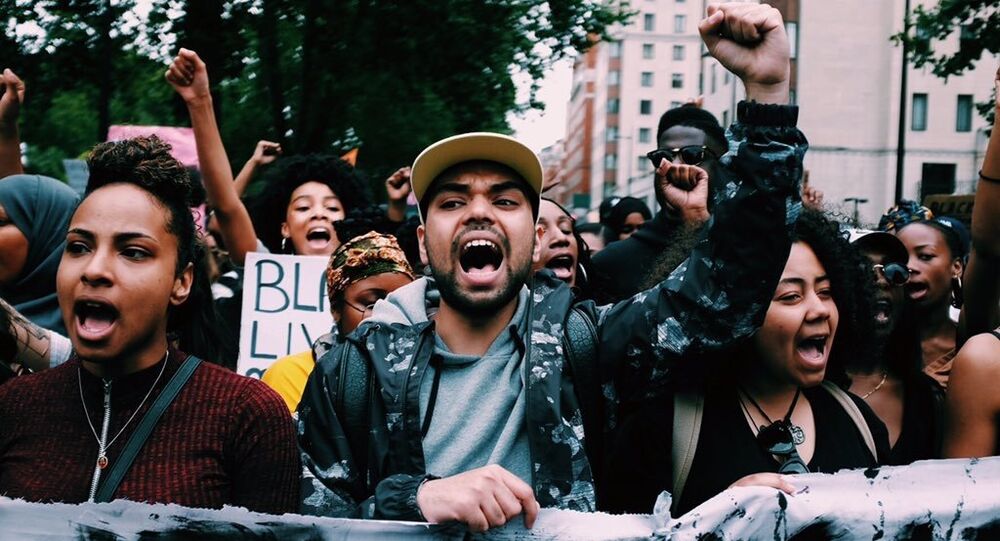 As many as 61 percent of US citizens believe that racism against African-Americans is widespread in the United States, marking a 10-percent increase compared to 2009, a new survey revealed on Wednesday.

MOSCOW (Sputnik) — The poll stressed that this year white respondents are more likely than last year to perceive racism against white people as "common."

"Six in 10 Americans say racism against blacks is widespread in the US, similar to the percentage measured last year but higher than what Gallup found in 2008-2009, the most recent prior measures," the Gallup survey reads.

© AP Photo / Susan Walsh
Washington, DC Cop Caught on Camera Manhandling Young Black Woman (VIDEO)
According to the survey, 41 percent of those polled believe that racism against white people is widespread, which demonstrates an 8-percent increase compared to last year.

In 2014 and early 2015, the unrelated killings of unarmed African-American men, most notably Eric Garner and Michael Brown, by white police officers, sparked international outcry and led to nationwide protests against racism and abuse of authority in law enforcement as the officers responsible for the killings were not indicted.

High-profile killings of black people by police have strained racial relations in the United States.

Last week, a Gallup poll revealed that hopes in the United states that the Obama presidency would improve relations between white and African-American people in the country had declined significantly in the past eight years.