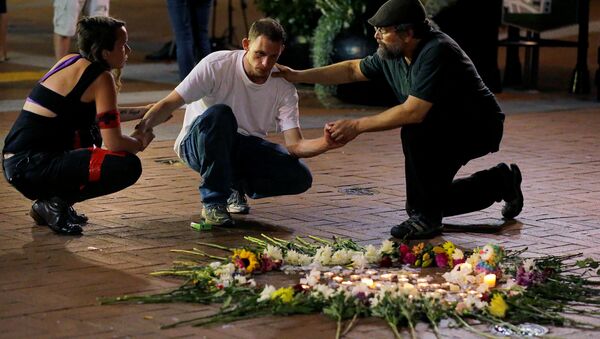 A group of United Nations human rights experts on Wednesday expressed concern and outrage over the recent violence in the US town of Charlottesville and warned that it indicates that racism was on the rise in the country.

MOSCOW (Sputnik) – On Saturday, white nationalists held a "Unite the Right" rally in Charlottesville, Virginia to protest authorities' plans to remove a monument of Confederate Gen. Robert E. Lee from a city park. The rally subsequently led to clashes and culminated in the car ramming attack that killed one person and injured 19 others. In addition, two police officers died en route to the scene of the violence when their helicopter crashed.

"We are outraged by the violence in Charlottesville and the racial hatred displayed by right-wing extremists, white supremacists and neo-Nazi groups… We view these events as the latest examples of increasing racism, racial discrimination, Afrophobia, racist violence and xenophobia observed in demonstrations across the USA," the experts said.

Virginia Governor Claims ‘Both Sides’ Not at Fault for Charlottesville Violence
The experts also called on the US government to step up efforts in tackling the issues.

"We call upon the US Government and State authorities to adopt effective policies as a matter of priority, to urgently tackle the manifestations of incitement to racial violence, and to understand how they affect social cohesion," the experts said.