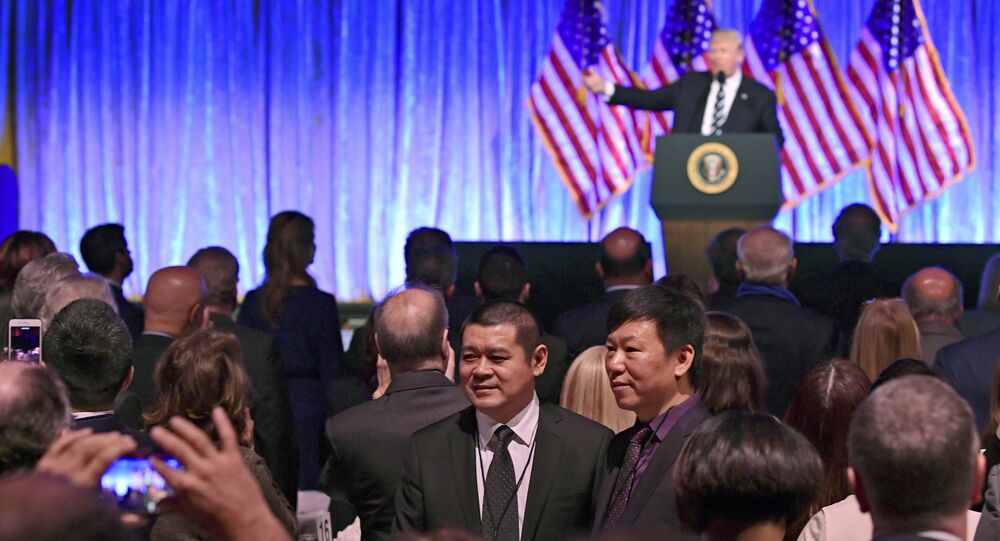 The conversation has become increasingly pointed as even mainstream media outlets are shining a light on Trump’s consistently ‘irrational’ behavior.

© REUTERS / Kevin Lamarque
‘Wrong Thing to Do’: May Slams Trump’s Far-Right Retweets as ‘Hateful’
Donald Trump, the 45th president of the United States, has repeatedly been shown to be the country's most polarizing and disliked leader in national polling, and now the world's high-profile media institutions are acknowledging what many have pointed out since the beginning of his term: that the president is mentally unfit to hold his post.

In recent articles posted from such diverse legacy outlets as The New York Times, The South China Morning Post, The Guardian and even US military watchdog Defense One, the language regarding the US president's mental health has shifted from offering the opinions of third parties to throwing down original content suggesting that Trump's behavior is "an emergency situation."

The South China Morning Post, Hong Kong's newspaper of record since 1903 and an ordinarily cautious voice, took the unusual step of asking "Is Trump an Idiot?" and, answering its own question, stating that "yes" appears to be the correct response, affirming: "monumentally so."

Founded in 1851, America's august media outlet The New York Times has now ceased to pull punches regarding Trump's ability to govern, posting that he appears to "be cracking up," while observing a growing avalanche of reports from within his own administration pointing to the US president's "increasingly unhinged and chaotic" speech, behavior, and actions.

The Guardian, a frequent publisher of anti-Trump rhetoric, has taken to actively detailing the dissolution of the US Republican party and its "miserable choice" of leadership, continually hammering on the fact that "No president has ever polled anywhere near as low as Trump."

Even US military stalwart Defense One is taking the plunge, as a recent piece strongly suggested that the president's favorite means of communication, Twitter, Inc., address what the media outlet refers to as the "ongoing national security threat" presented by Trump's often incomprehensible, and regularly bullying, tweets.

Lawmakers, military chiefs and those in business and finance, as well anyone with access to the internet, appear to be watching with eager interest as — to quote comedian John Oliver — Trump's method of communication increasingly resembles "a drunk driver crashing a pickup truck."

If the increasingly likely possibility of impeachment does occur, however, the US would get Mike Pence as its 46th president, a man described as "quite possibly more dangerous" than Trump, cited by the Huffington Post.