Mike Gonzales, a resident of Sutherland Springs has told Sputnik that the local community was determined to organize additional events to honor the victims of Sunday’s deadly mass shooting and grieve with the victims' families.

SUTHERLAND SPRINGS (Sputnik) — The retired US Army soldier Mike Gonzales, 46, noted that two vigils have already been held following the massacre, including one on Sunday night and another on Monday, to pay respects to the victims’ families, while praying for and honoring the victims.

"There will be more events throughout the coming days, not necessarily a memorial or vigil, but there is going to be more things for the community. It won't stop, it will continue. People will be creative, people will do things. It maybe another warship service, or church service," Gonzales said.

Gonzales said once people learned about the shooting, they decided to come together and unite a community to hold a vigil. 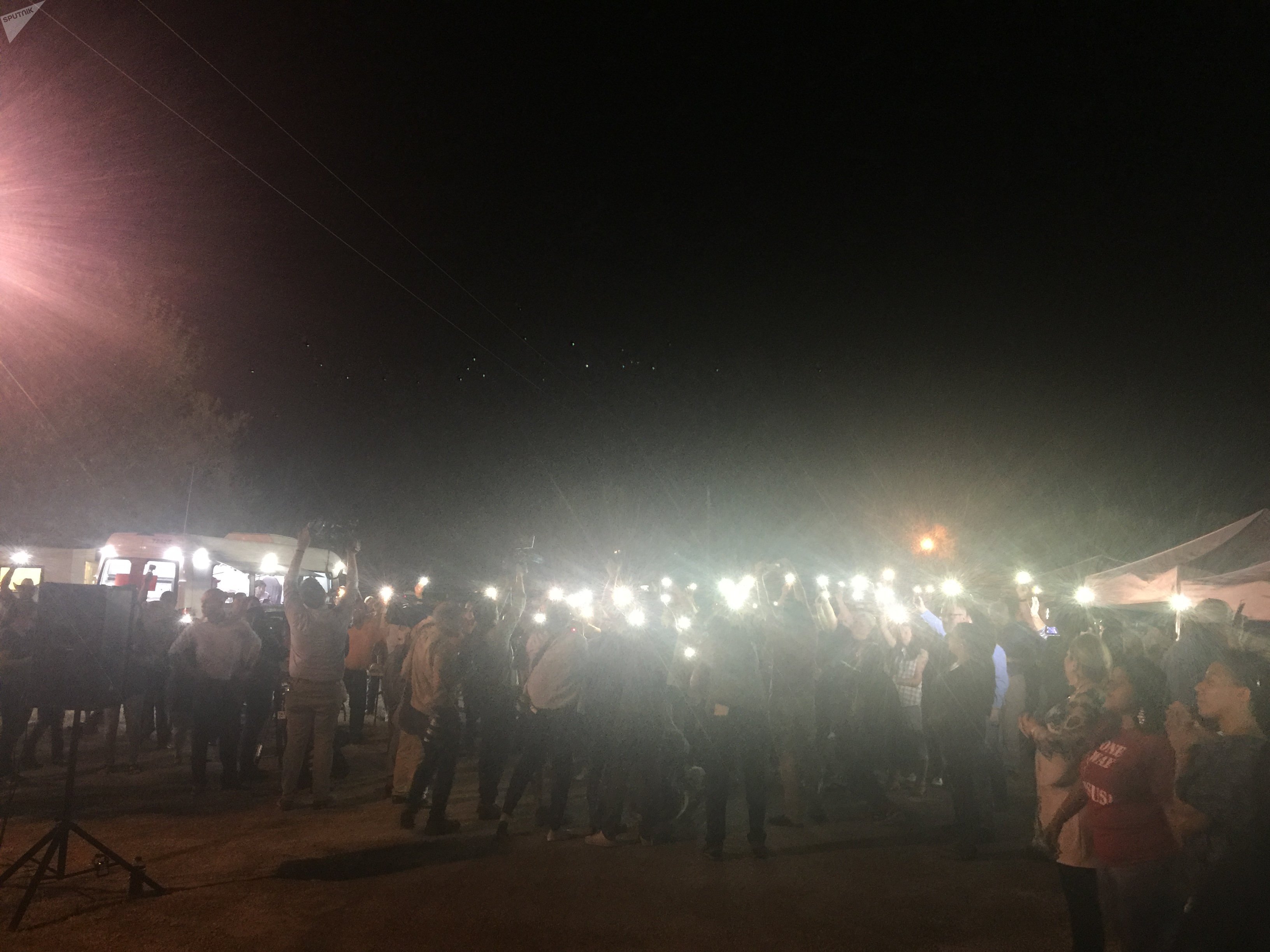 "Hundreds of people came together [to the vigils] In the midst of darkness, the light still shines. America will be united. Right here in the small town of Sutherland Springs the goodness will come out of it. The world will know that it is time to be as one," he said.

© Sputnik / Liudmila Chernova, Sputnik
Several Hundred People Attend Candlelight Vigil in Sutherland Springs
Gonzales pointed out that the community is receiving a lot of support from churches and people from other Texas's cities, including from San Antonio, Dallas and Austin.

"We've all united. This situation has brought unity," he stated. "The tragedy means it's time to unite, it's time to stop being separated. There is too much tragedy all over the place, New York City, Las Vegas. Never did we think that it would strike here like it did."

Gonzales also said many could not believe such an event took place and thought it was fake news.

"We thought it was a prank, a game. Upon receiving numerous texts and ongoing phone calls, people worried about us because we live here in this area. We learned that it was true. It devastated all of us. It devastated my family," he said.

Gonzales stressed that it is high time to do something at any possible level to stop such mass shootings.

© AP Photo / KSAT via AP
Texas After Deadly Shooting in Church: Residents Stay Cool on Arms Regulations
"When I was in the military we micromanaged when we needed to," he said. "Do we need to micromanage our citizens? I hope not, but something has to be done at the federal level, at the government level, at the community level, something must be done. This is happening too much. Too many lives are being lost."

A worship group from the Sold Out Believers Church in San Antonio has come to Sutherland Springs to support the community there after it experienced a deadly mass shooting on Sunday.

"We felt really compelled to come over here. So, we came. I brought a worship team over here for a vigil," Pastor Ray Torres told Sputnik on Tuesday.

Torres explained he has made himself available, together with a group of worshipers from his church who felt compelled to offer support to the community in Sutherland Springs after the tragedy.

"My heart was compelled, I couldn't even sleep I just needed to come over here and make myself available, to help out with whatever they needed. I just needed to jump into action as a pastor," he said.

© AP Photo / Darren Abate
FBI Fails to Decipher Texas Church Shooter's Cell Phone
Torres noted that he participated in the vigil on Monday night to honor the victims of the massacre. He explained that the tragedy has hit close to home and said he was shaken upon learning that such an act took place in a nearby town.

"What if that happened to us? Where would be at?" he asked.

On Sunday, gunman Devin Patrick Kelley opened fire at the First Baptist Church in Sutherland Springs, killing 26 people and wounding 20. Many of the wounded remain in critical condition. Victims included an eight month pregnant woman and a seven-year-old child.

The US Bureau of Alcohol, Tobacco, Firearms and Explosives (ATF) said Kelley bought three firearms that were found after the shooting. The firearms included a rifle that was left in the church and two handguns in the vehicle where the police found gunman dead.