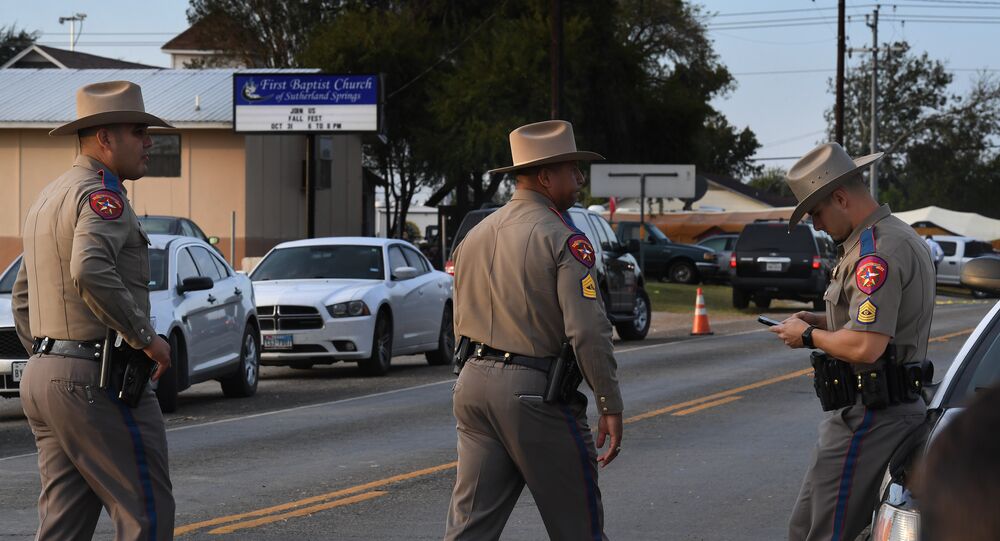 A man has described how he and an armed local resident chased down Devin Patrick Kelley in a truck after the gunman left the Texas Baptist church where he had killed scores of people.

At 11.20am on Sunday, 26-year-old Devin Patrick Kelley opened fire at a Baptist church in a small Texas community, killing at least 26 people and injuring 20 others.

The gunman, a former member of the US Air Force, fled the First Baptist Church in Sutherland Springs in his car. Witness Johnnie Langendorff told local media how he chased the suspect in his truck, after another member of the community approached his car after exchanging gunfire with Kelley.

One of the heroes in today’s shooting: Johnnie Langendorff, along with another legally armed citizen, chased Devin Patrick Kelley down. pic.twitter.com/QPFIMxwN4d

​"I pulled up to the intersection where the shooting happened and I saw two men exchanging gunfire, the other being a citizen of the community and the shooter of the church [who] had taken off, fled in his vehicle," Langendorff told KSAT news.

​"The other gentleman came and he said, 'we need to pursue him, he just shot up the church' and so that's what I did, I just acted and got him off the road. He came to my vehicle in distress and with his weapon. He explained very quickly what happened and got in the truck and I knew it was time to go."

"He [Kelley] got a little bit of a jump on us," Langendorff said, so he drove at 95mph (153kmh) in an attempt to catch up with the shooter, who eventually lost control of his vehicle.

© AP Photo / KSAT via AP
In-Laws of Gunman Attended Texas Church Where Deadly Shooting Occurred - Sheriff
"He [Kelley] just lost control," and Langendorff's companion jumped out of the truck with his rifle drawn on Kelley, who was no longer moving. The pair waited some 5 to 7 minutes for the police to arrive.

According to Texas Department of Public Safety Director Freeman Martin, it is not clear whether Kelley died from a self-inflicted gunshot wound or whether his fatal injuries were the result of a gunfight with a resident.

The church shooting was the deadliest in the history of the state of Texas and the fifth deadliest shooting across the whole of the US.