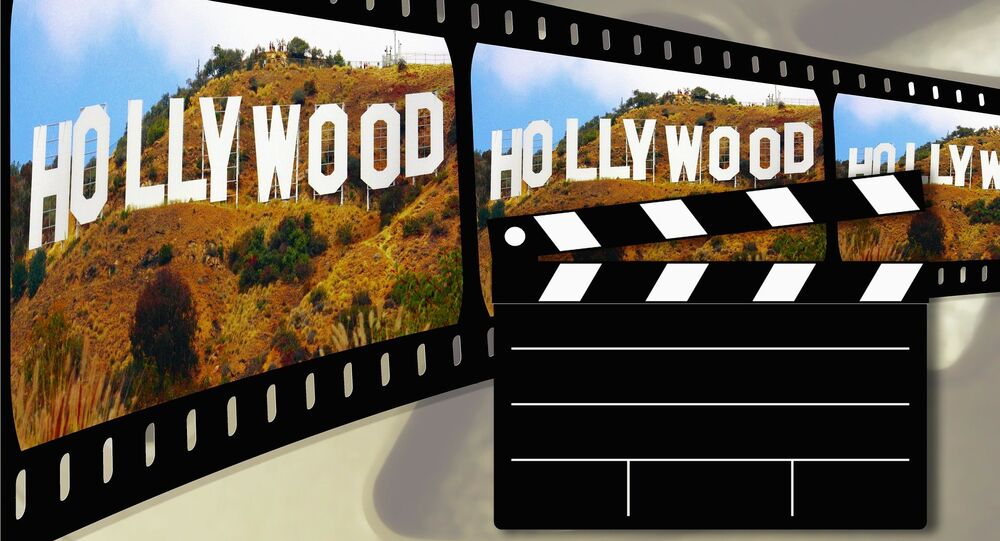 A vast swathe of documents revealing the extent of US government influence in Hollywood – including editing scripts, and blocking critical movies from ever being made – have been unearthed, indicating US officials have covertly helped produce at least 800 major movies and 1,000 television shows since 1910.

The files were uncovered by Tom Secker, an independent researcher, and Dr. Matthew Alford, a teaching fellow at the University of Bath, after diligent trawling of over 4,000 US military and intelligence documents obtained under the Freedom of Information Act. They form the basis of the duo's book National Security Cinema.

Among the trove are office diary reports from assorted military entertainment liaison offices, documents from the Department of Defense and Central Intelligence Agency on changes made to film scripts, production assistance agreements signed between military officials and film producers, and internal government communications about the entertainment industry.

It may not be entirely surprising that the US government seeks to influence films and TV — after all, the power of media to shape public perceptions of major contemporary issues and historical events is well-documented —  and it's no secret US government agencies operate "entertainment liaison offices" connecting entertainment industry professionals with department officials.

imdb.com
Finger in Every Pie: How CIA Became Involved in Entertainment Business
However, the publicly purveyed image of these offices — small operations, assisting actors, authors, directors, producers and screenwriters upon request, with minimal input on media projects  beyond ensuring "authenticity" and accurate portrayal of agencies in the media — could not be further from the truth. Moreover, previous estimates of how many projects the US government has assisted were woefully inadequate — to say the least, Messrs Secker and Alford were shocked by the scale of what they discovered, and what the US security establishment's combined efforts have produced.

Typically, state involvement in media projects begin when their producers approach an entertainment liaison office, in search of support and guidance — often, they wish to borrow military equipment, or feature locations and/or personnel in their work, which would cost millions to hire privately. The US security state is more often than not happy to oblige — in return for a say on the project's content.

As a result, any project US government agencies are involved in is likely to be subject to script changes, in some cases quite seismic, in others small but significant — for example, if there are characters, action or dialog an agency doesn't approve of, filmmakers must accommodate their demands. Production Assistance Agreements - — contracts between the agency and project —then lock filmmakers into using the military-approved version of the script.

"It's about promoting themselves, and promoting foreign and security policies and in some cases worldviews that justify their continued existence and massive budgets," Mr. Secker told Sputnik.

Pentagon involvement in the US film industry dates back to the 1910s — although perhaps predictably, they became much more heavily involved during WW2, establishing the entertainment liaison office system shortly after the war. Since then, the documents suggest the Pentagon has worked on at least 800 movies.

​The CIA became involved almost immediately upon its creation in 1947, although its forebear, the Office of Strategic Services assisted with the production of three films in the immediate aftermath of the World War II — O.S.S., Cloak and Dagger and 13 Rue Madelaine. Each movie deals with the work of the OSS, and to Mr. Secker's mind "glorify" US covert operations — in fact, the movies arguably make the case for the creation of the CIA.

"O.S.S. is particularly obvious in this respect. It's a story about guys being recruited into the agency and being sent to France to help the resistance. In one scene, an instructor says to his recruits "we need a central intelligence agency" and talks about how the US is languishing behind its enemies in intelligence terms, as "they've been doing it for 200 years" — obviously a reference to Russia and the Soviet Union, rather than Nazi Germany," Mr. Secker said.

These lines are particularly disconcerting when one considers the film itself was released in 1946, before the term "Central Intelligence Agency" had appeared in any official document, and before most historians suggest the Cold War had commenced — indeed, far from an enemy, the Soviet Union was still considered an ally by many Western politicians and citizens alike.

However, it was not until the 1990s the CIA began official initiatives to boost their Hollywood influence — the agency established an entertainment liaison office of its own in 1996 and since then have had a "consistent, steady" influence on films and TV shows, Mr. Secker says. Some of the projects that boast covert state involvement are perhaps predictable — sci-fi blockbusters such as Transformers and War of the Worlds — others baffling.

For instance, since 2005 the Pentagon has worked on dozens of reality TV projects, including Cupcake Wars, American Idol and Top Chef. The CIA also worked on an episode of the latter series, as did the State Department.

"The approach seems to be almost anything can be used to promote the US security state, its ideology and objectives. They're trying to reach out to audiences beyond the usual young men who go to see war/action movies," Mr. Secker explained.

​The documents also make clear the US government have massively expanded its involvement in the entertainment industry since the 1990s. Mr. Secker suggests this was driven by cost-cutting initiatives during Bill Clinton's Presidency, which almost led to the liaison offices being shut down.  Motion Picture Association President Jack Valenti and others wrote to the Secretary of Defense "begging" for them to remain open.

"I think they're partly just trying to prove their worth, but it's also because there's a lot more TV being made these days with free to air digital channels multiplying the hours of content.  More TV means more requests for assistance, which in turn means more supported projects. I imagine there's also an element of trying to justify their massive budgets in the absence of a Cold War-style external threat," Mr. Secker told Sputnik.

Mr. Secker thinks the DOD's Hollywood database is the most fascinating set of documents, as they sometimes reveal the nature of script changes — for example, 2003 film Tears of the Sun, about a fictional Navy SEAL rescue operation in Nigeria, was heavily edited to remove the impression that the US government is involved in "nasty conspiracies overseas."

In other cases it's about "civilianizing" troublesome elements of a script, to distance a story's content from the US defense establishment. For instance, Mr. Secker was "quite astonished" by the Marine Corps' notes on Ang Lee's 2003 film Hulk — they speak overtly of "radical changes" made to the script, including "civilianizing" the lab in which the titular green giant is created, the primary villain becoming an ex-military character (as opposed to a currently serving military officer), the removal of dialogue referring to military experiments on human subjects, and the codename for the operation to catch Hulk becoming "Angry Man" — it was originally "Ranch Hand" in the script.

For Mr. Secker, this is possibly the most disturbing change identified over the course of their research, as Ranch Hand was the name of a real-world military operation, launched in 1962, in which millions of gallons of herbicides and poisons (including the infamous Agent Orange) were dumped on Vietnam and Laos.

Officially intended to expose roads and trails used by North Vietnamese troops, Vietnam veterans to this day suffer adverse health issues due to the operation, including skin rashes, cancer and birth defects in their children. Similar problems, including a shockingly high incidence of miscarriages and congenital malformations, have been documented among Vietnamese people who live in the areas where the chemicals were used.

Other revealed examples of CIA scriptural meddling are more surprising than troubling — for instance, the CIA were involved in the production of yuletide-themed comedy Ernest Saves Christmas, and blockbuster romcom Meet the Parents (and sequel Meet the Fockers).

As many files are still withheld by the US security state, it's impossible to know exactly how widespread military censorship of entertainment has been, or is. Nonetheless, the next time a major movie featuring US military and/or intelligence to any degree hits cinema screens, readers may wish to keep their eyes and ears keenly open — its content may well have been fiddled with by the US secret state.

US State Dept. Evaluating Most Appropriate Strategy to Counter Propaganda

The CIA, Afghanistan and groundless propaganda