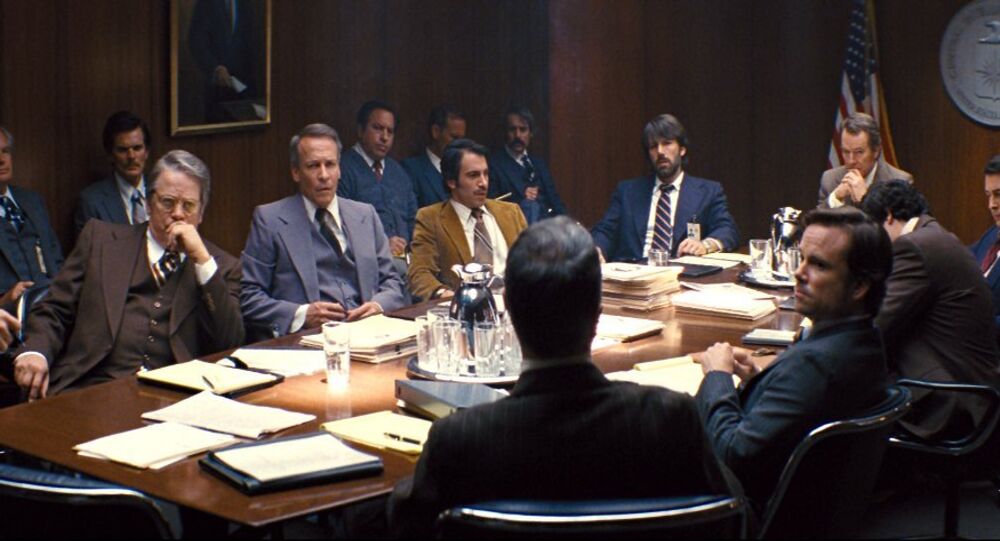 Finger in Every Pie: How CIA Became Involved in Entertainment Business

The Central Intelligence Agency (CIA) has a finger in every pie including… the entertainment business: it turns out that the CIA has played a role in producing at least 22 entertainment projects; investigative journalist Adam Johnson argues that by doing this the US intelligence agency puts American media workers at risk.

It seems that the US Central Intelligence Agency follows the theory that says that there are no little or insignificant things.  The intelligence agency has long been keeping an eye on the Western entertainment industry and has even had a role in producing popular fiction movies and documentaries.

In his article for Fair.org media watchdog investigative journalist Adam Johnson argues that this type of collaboration may cast a shadow over the image of US media workers and even put them at risk.

"For years, artists from across the entertainment industry — actors, authors, directors, producers, screenwriters, and others — have been in touch with the CIA to gain a better understanding of our intelligence mission," the CIA public website reads.

© AP Photo / Mark Lennihan
Maybe She’s Born With It? CIA Funds DNA-Collecting Skincare Line
According to the website, the CIA's goal in engaging with the industry is to ensure "an accurate portrayal of the men and women of the CIA, and the skill, innovation, daring, and commitment to public service that defines them."

Johnson cites the recent article by Jason Leopold of VICE News who shed some light on how deep the CIA's Office of Public Affairs (OPA) has been involved in US popular entertainment projects.

"Vice's Jason Leopold has uncovered documents showing the CIA had a role in producing up to 22 entertainment 'projects,' including History Channel documentary Air America: The CIA's Secret Airline, Bravo's Top Chef: Covert Cuisine, the USA Network series Covert Affairs and the BBC documentary The Secret War on Terror-along with two fictional feature films about the CIA that both came out in 2012," Johnson narrates.

He points out that the CIA has a long history of "helping" to produce films and documentaries.

"The Agency, for example, secretly bought the rights to Animal Farm after Orwell's death in 1950 and produced an animated adaptation centered on demonizing the Soviet Union rather than capturing Orwell's broader critiques of power," the investigative journalist underscores.

The report specifically criticizes the CIA's OPA for excessive engaging with the media figures, in particular for inviting entertainment industry workers to secret briefings and other events.

"There was an instance in which the CIA allowed an entertainment industry representative to attend a CIA event in which information classified at the SECRET level was discussed," the document reads.

Remarkably, in his interview with BBC in 2013 Milchan admitted that Academy Award-winning director Sydney Pollack had also been involved in covert intelligence operations.

According to the investigative journalist, it is dangerous to "blur" the lines between covert intelligence and legitimate media activities, because it puts the media workers at risk of being considered CIA associates.

"The spectacle of Hollywood teaming up with US intelligence agencies to make propaganda — especially given the dodgy historical context — no doubt stokes the fears of countries already hostile to Americans within their borders," he explains.

"Every time this type of behavior is normalized, or shrugged off, or made sexy, real journalists and real filmmakers overseas are put further at risk," Johnson concludes.