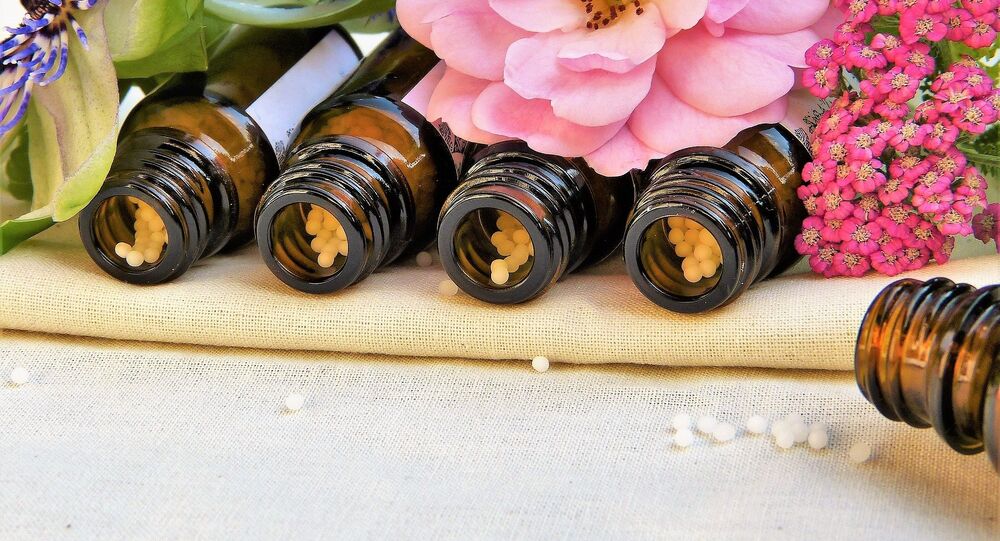 A Yale University study has concluded cancer sufferers who resort to alternative therapies to treat their affliction are over twice as likely to die than those who use traditional remedies. Whether the findings will have any impact on the alternative medicine industry is perhaps unlikely.

The researchers, by analyzing US National Cancer Database statistics, found that patients were far more likely to be cured through conventional medicine, despite anecdotal evidence from some suggesting their cancer was cured by turning to natural or alternative remedies.

They tracked 280 individuals who were diagnosed with a variety of cancers — including breast, lung, prostate and colorectal — in 2004, and opted for alternative medicine, and 560 "control" patients who underwent conventional treatments — chemotherapy, radiotherapy, surgery etc.

© CC0 / Pixabay
'This Is a Big Thing': Gold Nanoparticles Could Be Used to Treat Cancer
Alternative medicine is advocated by some without and even within the medical profession for treating cancer, with therapies such as chiropractic treatment, homeopathy, acupuncture and juice-based diets — although the Yale study did not specifically identify alternative medicines subjects had used. The authors believe potential alternative remedies could even include herbs and energy crystals — stones proponents believe possess healing powers.

Other limitations within the study include unmeasured confounders or selection bias, which could impact survival. However, as patients receiving alternative medicine were likely to be younger and more affluent (US medical insurance does not cover alternative treatments), the researchers believe this would not account for the survival differences observed.

"We now have evidence to suggest using alternative medicine in place of proven cancer therapies results in worse survival. It's our hope that this information can be used by patients and physicians when discussing the impact of cancer treatment decisions on survival," said lead author Skyler Johnson MD.

UK cancer charity Cancer Research has noted there are a number of reasons cancer patients pursue alternative treatments — including a desire for greater control. Sometimes patients feel their doctor makes all of the decisions about their treatment, and they themselves have little or no control over what happens to them. As a result, alternative and/or complementary therapy offers them the chance to take a more active role in their treatment and recovery.

Why people use complementary or #alternative therapies for #cancer?http://t.co/5TonLVqz4w

Alternatively, using alternative therapy can become more important to individuals with advanced cancer if their conventional treatment is no longer helping to control it. Understandably feeling anxious and desperate, they hope alternative therapies might work.

In the UK alone, up to 33 percent of cancer patients use some sort of alternative therapy at some time during their illness. For some types, such as breast cancer, this number rises to almost a half.

Despite this, the charity, and, indeed medical science, is clear that there is no evidence to suggest that any type of complementary therapy prevents or cures cancer.