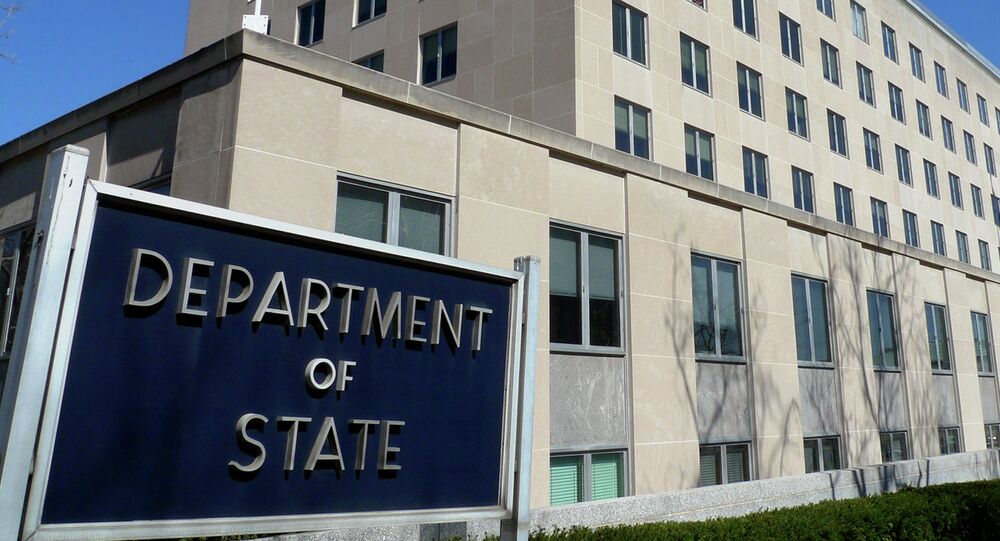 The US State Department has received Russia’s notification of measures in response to US sanctions, a spokesperson told Sputnik on Friday.

WASHINGTON (Sputnik) – The Russian Foreign Ministry suspended the use of all US Embassy warehouses and its compound in Moscow and also offered the US to cut down the number of its diplomatic staff in Russia to 455 people by September 1. Moreover, the ministry said that it reserves the reciprocal right to hit US interests in response to the US sanctions bill.

"We have received the Russian government notification. Ambassador [John] Tefft expressed his strong disappointment and protest," the spokesperson said.

© CC0
US Ambassador Expresses 'Strong Disappointment, Protest' Over Russian Response to US Sanctions
The US Senate approved a bill in a 98-2 vote on Thursday to impose sweeping sanctions on Russia, Iran and North Korea and limit US President Donald Trump's ability to lift the restrictions on Moscow. The bill passed the House of Representatives on Tuesday by a vote of 419 to 3. The measures target Russia's defense, intelligence, mining, shipping and railway industries, and restrict dealings with Russian banks and energy companies.

© Sputnik / Ramil Sitdikov
US Diplomatic Missions Staff Reduction in Russia Moscow's 'First Retaliatory Step Without Any Doubt'
In December 2016, the administration of former US President Barack Obama imposed a set of punitive measures against Russia, including the expulsion of 35 Russian diplomats and the closure of the two Russian diplomatic compounds. The actions were taken in response to Moscow's alleged interference in the US presidential election, which Russia has repeatedly denied.