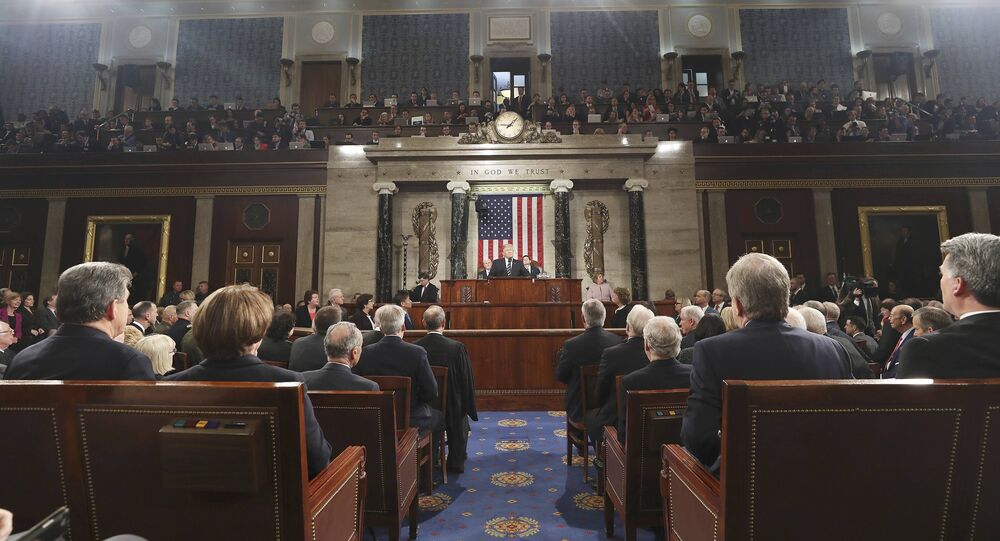 "The US is too stable. It's like a huge ice-breaker which needs huge effort to change course. I don't think Trump will succeed," Zlobin said, RIA Novosti reported.

So far, Trump has kept to his promises on issues like domestic energy and infrastructure development and his focus on this area comes at the expense of foreign policy.

"He (Trump) is an industrial egoist. America is becoming a country of industrial egoism, and under Trump there is a great threat of losing interest in foreign policy, which is fraught with instability for the US," Zlobin warned.

The Trump administration has prioritized energy and infrastructure projects  in a bid to achieve "energy independence" from the rest of the world.

On Monday,  Interior Secretary Ryan Zinke announced that the Department of the Interior will lease 73 million acres of the US continental shelf off the coast of Texas, Louisiana, Mississippi, Alabama and Florida for oil and gas exploration and development.

In January, he signed two executive orders to restart construction of the Dakota Access and Keystone XL pipelines after they had been suspended by the Obama administration.

© AFP 2021 / Mandel Ngan
Wishful Thinking? Is Trump Really Abandoning Russia
Campaigning for the presidency, Trump repeatedly cast doubt on the US readiness to come to the defense of NATO allies in the event of attack, citing the unwillingness of most members to meet the alliance's guidelines on defense expenditure, 2 percent of GDP.

"I'm a big fan of NATO, but they have to pay up," Trump said during a presidential debate in October.

Just five members of the alliance – Estonia, Greece, Poland, the UK and US – currently meet the stipulation, and last month at US Central Command in Florida Trump repeated his demand that all 28 members meet the target.

"They're very unfair to us. We strongly support NATO, we only ask that all NATO members make their full and proper financial contribution to the NATO alliance, which many of them have not been doing," Trump said.